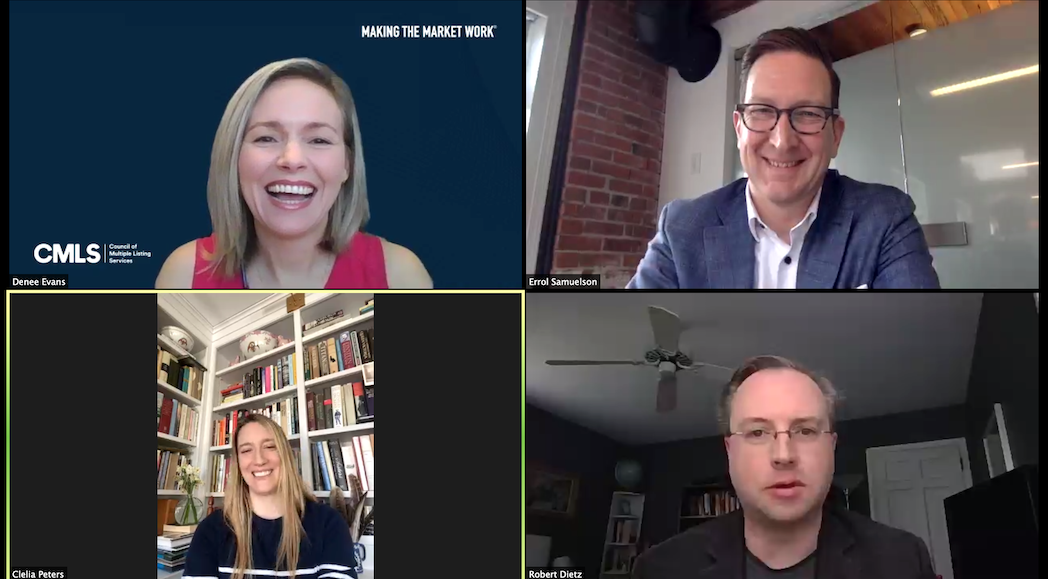 While the future is far from certain, it’s clear that the coronavirus pandemic is changing how people think about housing, technology and location. As these are all critical to the future of the real estate industry, it only makes sense to try to get ahead of the trends that will come out of this moment.

That was the intention of a panel titled “The New Consumer” at the Council of Multiple Listing Services’ online conference held Thursday. Assuming the effects of the COVID-19 outbreak last for a year or two, Clelia Peters, a venture partner focusing on proptech at investment firm Bain Capital Ventures, told conference attendees she sees many potential shifts happening in a relatively short period of time. “We’re going to see a generation’s worth of changes and mindsets compressed into that two-year period,” she said. Not only are new ideas and innovations going to come from this, but also, COVID-19 “is going to serve as an accelerant for trends that were already happening.”

There was general agreement about the security of real estate, relative to other industries that have been hit harder by the pandemic. However, some of the issues that were already plaguing the housing market are expected to worsen. “I’m just worried about supply,” said Errol Samuelson, chief industry development officer at Zillow Group. “How long does it take for us to catch up?”

As the chief economist for the National Association of Home Builders, panelist Robert Dietz has been watching this question carefully. While he did note that it’s been a very difficult two months for the residential construction industry, the numbers could be worse. “They weren’t down as far as I’d forecasted,” he said, noting that activity levels in the sector were only down to around what was seen in 2015. Still, building has been suppressed since the recession of 2008, especially at the lower ends of the market, and this is not going to help that supply crunch.

Two key aspects that have long held homebuilding back are a lack of labor and financing. Dietz noted that, while national builders have Wall Street to lean on, “small builders that represent 70% of new construction, they’re going to have to get loans from a local bank.” In terms of finding new workers, the NAHB economist encouraged the industry to reach out to laid-off workers. “This is the moment to go all-in and try to recruit people into the construction industry.”

The city vs. suburb dynamic: More complex than it sounds

While there’s been a fair amount of conjecture that this pandemic will encourage more people to move to the suburbs and rural areas, Samuelson said that’s mostly anecdotal at this point. “We’re not seeing that yet in the data,” he said of Zillow’s consumer research, adding that some of their internal data suggests that certain consumers “would like to be in an even more dense environment.”

However, construction data appears to suggest that builders are anticipating more people moving away from the core. Dietz said he’s already seeing increases in construction in suburban and rural areas at the expense of cities.

Peters, who herself had decamped New York to be with her parents in Connecticut during the pandemic, did predict suburban areas may see more residents due to virus fears, and that, as a result, “We’re going to see coworking-style products move to suburban areas.” But she made the point that it’s only a certain kind of suburb that’s positioned to attract former city dwellers.

“It’s not your grandparents’ suburbs,” she said, adding that people coming from urban areas will want to take conveniences such as delivery and the feeling of community with them if they leave. “I certainly think walkability is going to continue to be a trend.”

In terms of the housing types that will be in most demand in the next few years, Dietz predicted medium density townhouse construction and single-family homes built for rent will see the greatest increases. That’s because, while many people in apartments are looking for more personal space, few are in the financial position to buy their own detached homes at this point. One tendency that might be out of style now is downsizing. “For the last four or five years, new-home size has been trending lower. I think we’re at the end of that,” Dietz said.

Peters agreed but noted that this home-size expansion will look very different from what was seen with the McMansion trend in the 1990s. “While square footage may increase, I think it’s going to go to different places,” she said, noting that massive living spaces such as the great room are solidly out of style in an era of social distancing. “It’ll go to the areas that people have discovered are the most useful.”

Samuelson said consumer data gathered by Zillow backs this up. “Buyers are telling us that they would like to have more square footage,” he said, noting that private outdoor space is high on that list and that “there’s less interest in the open concept.”

While there’s nothing truly positive about a pandemic, Council of Multiple Listing Services’ CEO Denee Evans said she has been happy to see MLSs embracing innovation as a way to help real estate professionals via virtual tours, new search capabilities and other new tools. While she noted that the industry has been working toward these goals slowly, the crisis has sped these efforts up exponentially. “Because change was mandatory,” Evans said, “we just did five years of evolution in five weeks.”

Dietz acknowledged that the homebuilding industry has a lot of catching up to do in this area, and said that builders “that don’t have a good online presence … are going to make those types of investments.” He added that this presents an opportunity for real estate technology companies.

Peters said that, while there’s a huge potential for innovation in the real estate space, this could end up disintermediating more traditional brokerages and agents. “We will see — net — many fewer real estate agents five to 10 years from now because different models will come in and bite off a piece of the pie,” she predicted. Companies will figure out new ways to combine financial and brokerage services, bringing in agents to transact sales as employees. But while Peters suggested that many part-time agents will drop out of the market, she is “very bullish on the top real estate agents in the country. … We will continue to see many real estate agents succeed.”

And just as the real estate industry will need to become more tech-savvy to compete, so too will consumers demand better access to technology in their homes. Samuelson noted that Zillow recently added a search function measuring the speed of internet connectivity available at a given listing, for example.

Peters encouraged other portals and MLSs to make this advancement as well. “We are woefully under networked with Wi-Fi in this country,” she said. “There’s going to be enormous pressure for that to be fixed. … Savvy consumers are going to start to ask a lot more questions about the quality of Wi-Fi.” 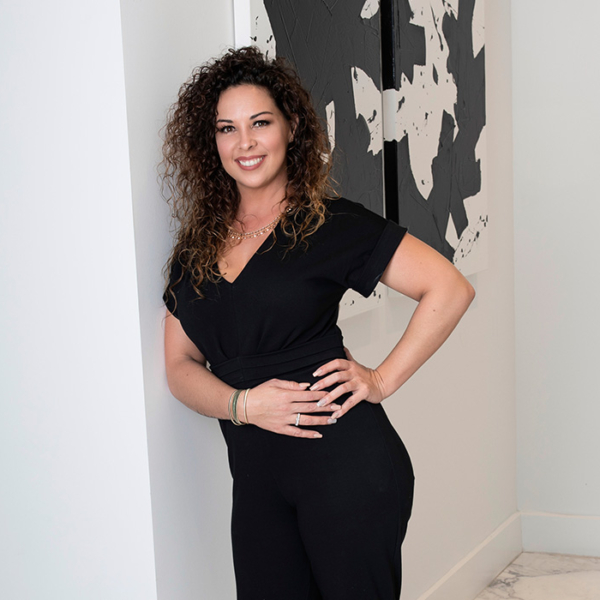