With fluctuations in the housing market, many may assume that brokers’ salaries are also booming and busting depending on sales; however, Real Trends found that average commissions jumped from low levels of 5.02 percent in 2005 to 5.40 percent in 2010, according to the publication’s poll of hundreds of brokerages, said The Washington Post. 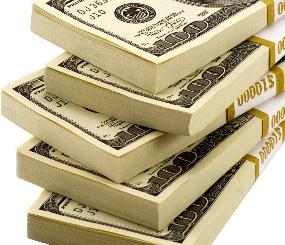 President of Real Trends, Steve Murray, went on to say that while fewer agents are working to sell, they are working much harder in today’s market than they previously had to, a belief echoed by NAR. NAR also found that brokers had a median income of $48,700 in 2010.

“During the boom, competition among agents drove commission rates down,” Murray said to The Washington Post. “Now, agents are putting more time and money into marketing these homes, and they’re not as willing to compete with each other by lowering commissions.”

President and chief operating officer of Long & Foster Cos., Jeffrey Detwiler, also mentioned that prices are a larger struggle than ever.

“The lowest commission rates were in a marketplace where buyers and sellers were coming together on their own and the agent’s job was to line up orders and show products,” Detwiler said. Today, “it’s about creating confidence that the price is right. There’s never been such a discrepancy between where buyers think they should be buying and where sellers think they should be selling. The Realtor’s job is to bring both sides together,” said The Washington Post.

For example, The Washington Post article followed the story of two friends trying to sell their home, with an original asking price of $785,000. After struggling to sell, they agreed to their Realtor’s suggestion to reduce the asking price to $749,000. This March, the home sold for $754,000; the brokerages received $37,700 – a 5 percent commission.