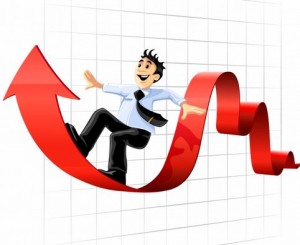 In a strangely unexpected development, mortgage rates have increased this week.

In a shocking development, mortgage rates have risen in the last week, riding on the minor optimism from the latest job reports coming out of Washington.

Frank Nothaft, chief economist and vice president for Freddie Mac, highlighted the importance of recent economic data in his statement on the rate changes.

“An employment report that was better than market expectations helped to lift long-term Treasury bond yields and mortgage rates as well. The economy added 103,000 workers in September, aided by the return of striking Verizon workers. In addition, revisions to July and August figures added a total of 99,000 jobs to payrolls.”

The rate increases place an interesting pressure on the Federal Reserve, whose recent string of monetary stimulus – known as “Operation Twist” – was specifically designed to lower interest rates and spur housing investment. And after last week, it seemed to be working, with rates at a new historic low and economists predicting further declines. But now, in an ironic “twist,” it seems this positive economic data has had the inverse effect.