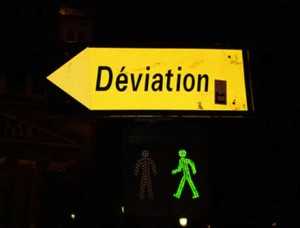 Reports indicate that Freddie Mac is deviating from the government's REO plan with its own offering.

The White House and the Federal Housing Finance Agency (FHFA) are hard at work on a distressed housing program that would convert REO properties into investor-managed rental homes, and though the program seems to be going well in its initial stages, Freddie Mac, the GSE uninvolved in the program, is pursuing its own conversion program.

According to a Reuters piece on the program, Freddie Mac has begun discussing the plan’s details with investors that differ quite substantially from the government’s plan involving Fannie Mae. As with the government’s plan, Freddie would secure a special line of credit for investors to purchase the REO properties at low leverage levels, with the loans possibly being securitized in the same way the GSEs securitize other loan offerings.

Where the program would differ, though, would be how it would allow investors to individually choose the properties they wanted to purchase, rather than sell the homes in discounted bulk packages, as the government is planning.

A senior investor quoted in the Reuters piece spoke to the benefits of Freddie’s approach.

“Freddie is more likely to allow investors to buy what they want to buy, through any channel, and lend to anyone who is a qualified operator with a portfolio,” said the investor. “This allows institutional investors to buy properties that they think most prudent, which will surely garner the highest overall price, compared with the ‘bulk sale’ method used by Fannie.”

As Reuters noted, though, the approach does have its critics, who allege that by allowing investors to cherry pick their properties, the vacant homes in most dire need of repair (and in the most dire economic climates) would be allowed to languish, and home values would only continue to decrease in those regions.

“This proposed product is moving along quickly, though the FHFA might be a hurdle,” the investor said. “There are questions as to whether this product would require a change in Freddie Mac’s charter, as it represents an expansion of the GSE’s activities at a time when the government is supposed to be diminishing them. But it is nearly approved.”