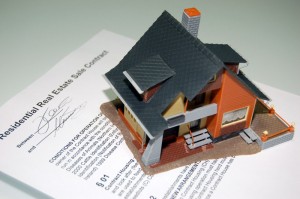 We've been reporting on the housing inventory decline for some time now, but Redfin's Real-Time Home Seller Survey is the first time we've seen sellers explain why inventory is falling.

We’ve been exploring the rapidly falling housing inventory for some time now, and though analysts have offered explanations for the decline, we had not yet seen a consumer-driven survey on the issue – until now with Redfin’s Real-Time Home Seller Survey.

A sample of 1,836 homeowners across 20 metropolitan markets, the survey specifically targeted people who have used Redfin in the last three months, and found some very interesting results on why housing inventory is at its historically low levels.

The results of the Real-Time Home Seller Survey seemed to suggest two main points: that home sellers are patient and optimistic, with expectations of a better housing market ahead. Here were the survey’s main findings:

Future of the Housing Market

The biggest takeaway from the survey seems to be that inventory levels will stay low at least for the rest of 2012, considering that more than a third of sampled sellers have no plans to list their homes in the next year (and perhaps this trend will be verified by the National Association of Realtors on Wednesday, when it releases its latest existing-home sales and housing inventory data).

As Glenn Kelman, the CEO of Redfin pointed out, the housing inventory problem is with sellers who, simply, do not want to sell, and are not confident with where the economy is headed. Consumer Confidence, though, did increase in July, and the next release (for August) is set for next week Tuesday. Stay tuned for those results!