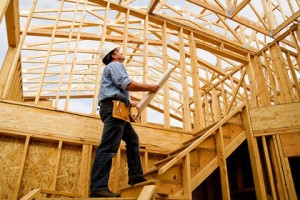 The NAHB's Housing Market Index for December saw builder confidence rise to its highest level in six and a half years.

Rising two points from November, the current Housing Market Index stands at 47, just three points shy of a milestone – once the index hits 50, more homebuilders will see economic conditions as good than poor.

The NAHB has been conducting the Housing Market Index for the past 25 years, and it does so by gauging homebuilder confidence on a number of sectors within the construction industry. Its more specific findings in December included:

In comments accompanying the Housing Market Index, NAHB Chief Economist David Crowe echoed earlier sentiments that he had expressed in the NAHB’s webinar on housing during Obama’s second term – that though there remains room for improvement, the progress in the homebuilding market thus far is encouraging.

“The consistent upward trend in builder confidence over the past year is indicative of the gradual recovery that has been taking place in housing markets nationwide and that we expect to continue in 2013,” Crowe said.

“Builders across the country are reporting some of the best sales conditions they’ve seen in more than five years,” Rutenberg said, “with more serious buyers coming forward and a shrinking number of vacant and foreclosed properties on the market.”