The Built-for-Rent Market – a Temporary Phenomenon? 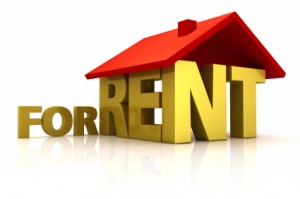 The built-for-rent portion of the single-family home construction market has doubled since 2008, but is it temporary?

The surging residential rental market – and the uptick in multifamily construction that has accompanied it – has been one of, if not the biggest outcomes of the post-boom housing market, and according to recent data pulled from Census Bureau’s “Quarterly Starts and Completions by Purpose and Design,” single-family homebuilders are also getting in on this rental trend.

As the always excellent Steve Cook described it on Real Estate Economy Watch, the built-for-rent segment of the single-family home construction market has been at historic highs the last two years:

With those stats in hand, there have been numerous analysts that have jumped on the multifamily bandwagon, claiming that in the wake of the housing bubble, a new generation of professionals are eschewing homeownership for renting, giving way to the “Renter Nation” meme that has proven so persistent in the last couple years.

Though there are studies that suggest the apartment boom may be waning, probably the most persuasive debunking of the “Renter Nation” meme came from the folks at Trulia, who found the American zeal for homeownership strong as ever in their American Dream Survey. Not only did Trulia find that 31 percent of renters plan to buy a home in the next two years (that’s a nine-point increase from January 2011), but also that 93 percent of millennials who rent plan on purchasing a home, and 72 percent of all millennials consider homeownership part of their American Dream.

So what’s your take? Is renting here to stay, or as Trulia’s survey suggests, is the current renting surge a temporary blip?