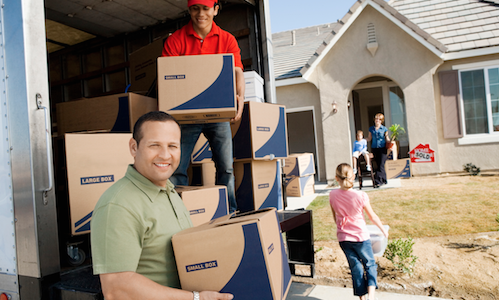 It was a not-so-stellar year for Texas and its biggest metro, Houston, in 2015 – a fact only made worst by the hallmark, record-breaking year that preceded it. But despite the woes brought on by labor shortages and the dwindling value of crude, people are still flocking to the state, according to United Van Lines Annual National Movers Study.

“Because of United Van Lines’ position as the nation’s largest household goods mover, our data is reflective of national migration trends,” said United Van Lines Director of Marketing Communications Melissa Sullivan in explaining the significance of the company’s data.

The study ranked states on the basis of inbound and outbound moves. Texas was No. 9 on United’s top 10 inbound states of 2015, trailed by Washington.

The breakdown of why certain persons or families decided to move to Texas pointed to five major motivational factors: retirement, health, family, lifestyle and job. Overwhelmingly, jobs (62.8 percent) were what brought people to the Lone Star State in 2015.

The moves were a promising sign for Texas’ housing market, as nearly half of the state’s new residents were under the age of 44, and over 60 percent boasted incomes of $100,000 or more. In other words: the homebuying crowd.

Among the state’s metros, Houston topped the list for the most moves, after United Van Lines reported transporting 2,568 shipments to the city last year – nearly 1,000 more than it shipped to Austin; the state’s No. 2.

A strong showing for Houston is not entirely surprising, considering the city’s booming healthcare industry and still robust energy market, but the report does come amidst a number of forecasts that see employment growth dropping dramatically from the steep rises Houston recorded in the five years prior.

In mid-2015, the once positive economic situation in Houston had shifted so drastically that the Greater Houston Partnership cut its original employment forecast for the year in half, from 62,900 jobs to only 20,000 to 30,000 jobs. And the same was the case for University of Houston professor Robert Gilmer’s projections, which dropped from 53,600 jobs in 2015 to only 13,000.

This week the price of U.S. West Texas Intermediate fell another 10 percent to $33.16 a barrel. As we’ve discussed in past articles, Houston’s “sweet spot” for crude values – meaning when the housing market performs best – is between $50 and $90 a barrel.

Moving into 2016, if the influx of people coming to Houston remains strong, the industry will need to shore up inventory deficiencies to handle the new residents. Assuming the movers are largely homebuyers – given their age and income – the wave could spark the surge in building the city has been waiting for.