Demand for 55-plus communities takes off 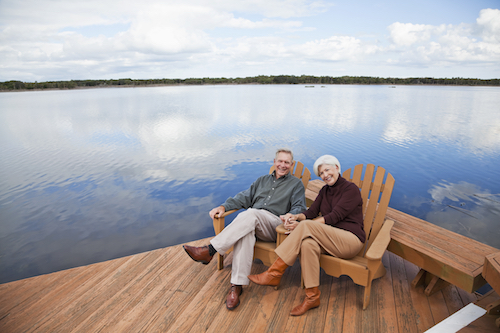 Toning it down after retirement is becoming a thing of the past. Many over the age of 55 are looking to downsize in scale and upsize the fun. Communities exclusively serving that age group are growing in popularity, according to reports.

These communities are home to a wide range of facilities such as fitness centers, spas, clubs, libraries, pools, walking and biking trails, tennis courts, golf courses and more, according to a report by Realtor. “It’s kind of like being on a cruise ship,” says Ocean Hills resident Kopolow. “You don’t leave here unless you go out in a box, or go to assisted living.” The only pesky details to deal with are HOA fees and visitor/guest restrictions; other than that, these communities seem like any retiree’s paradise.

Developers have taken note of the nearly 75 million adults from the Boomer generation, born 1946 to 1964, as they move from an empty nest into the retirement phase of their lives. While demand for the homes is at an all time high, the biggest question is – with all of these amenities, in addition to HOA fees, how many Baby Boomers can afford them?

Developers and homebuilders can cater to the fact that those moving into these communities will most likely be living on a fixed income. This is a huge opportunity, as homes are priced and configured similarly to starter homes, but designed for people who’ve entered later stages of their lives, reports Builder. The majority of homes will only require one story, moderate  square footage and no more than two bedrooms, depending on buyers’ budgets and wish lists.

The trend may be relatively short-lived, however. As Baby Boomers pass on to assisted living and nursing homes, Generation X would be the next group in line for retirement living. But Generation X is considerably smaller than both the Boomer and Millennial generations, according to Pew Research.

Each community offers different sizes, styles, prices, and amenities. The Villages, located in the Sumpter County region of central Florida, is one of the largest growing communities for people aged 55 and older. It has seen a 4.3 percent increase since 2015 and is counted as its own metro by the U.S. Census. And though the majority of homes are located in Florida due to its warmer climate, communities like The Villages are located all over the U.S., as more retirees are looking to stay close to their families.

Here’s a handful of communities near Houston: