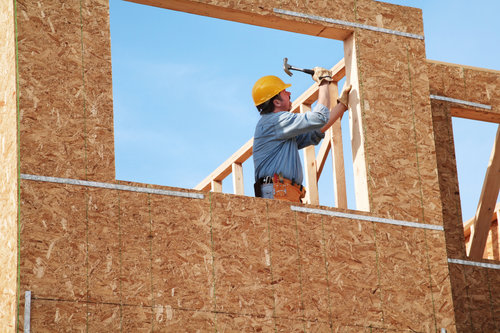 After a slow construction season in October, housing starts across the nation saw a 3.3 percent jump in November, according to data from the U.S. Department of Housing and Urban Development and the Commerce Department.

Single-family construction, in particular, enjoyed the biggest gains in November and December. About 1.3 million units were constructed nationwide in November in total, a majority of which, or 930,000, were single-family homes. Construction of single-family units in that time rose 5.3 percent, and starts of that type of housing 8.7 percent higher than the same time last year and are at the highest point since the recession ended.

“The increase in single-family production is consistent with builder confidence gains, and shows builders are optimistic about new federal policies aimed to promote small business growth,” Granger MacDonald, chairman of NAHB and a home developer from Texas, said in a press release.

On the flip side, multifamily construction starts fell 1.6 percent in November. In particular, midwestern and northeastern states took a major hit in housing construction this year, whereas the West and the South saw major jumps in single- and multifamily housing starts.

“The HMI measure of home buyer traffic rose eight points, showing that demand for housing is on the rise,” said Robert Dietz, NAHB chief economist. “With low unemployment rates, favorable demographics and a tight supply of existing home inventory, we can expect continued upward movement of the single-family construction sector next year.”