Following months of sky-high prices paired with manic competition — driven by limited supply — the frenetic housing market is starting to cool down. Somewhat.

Last month, multiple bids accompanied 60% of offers written by Redfin agents. This is a 7% drop from June and a nearly 15% decline from the pandemic’s peak of 74%, in April 2021, according to Redfin.com.

Houston, being in the most populous state in the country, is also accustomed to bidding wars. Nearly, 52% of Redfin home listings were in a multiple-offer situation in July, compared to 59% in June.

Bidding Wars on Redfin Homes Across the Nation 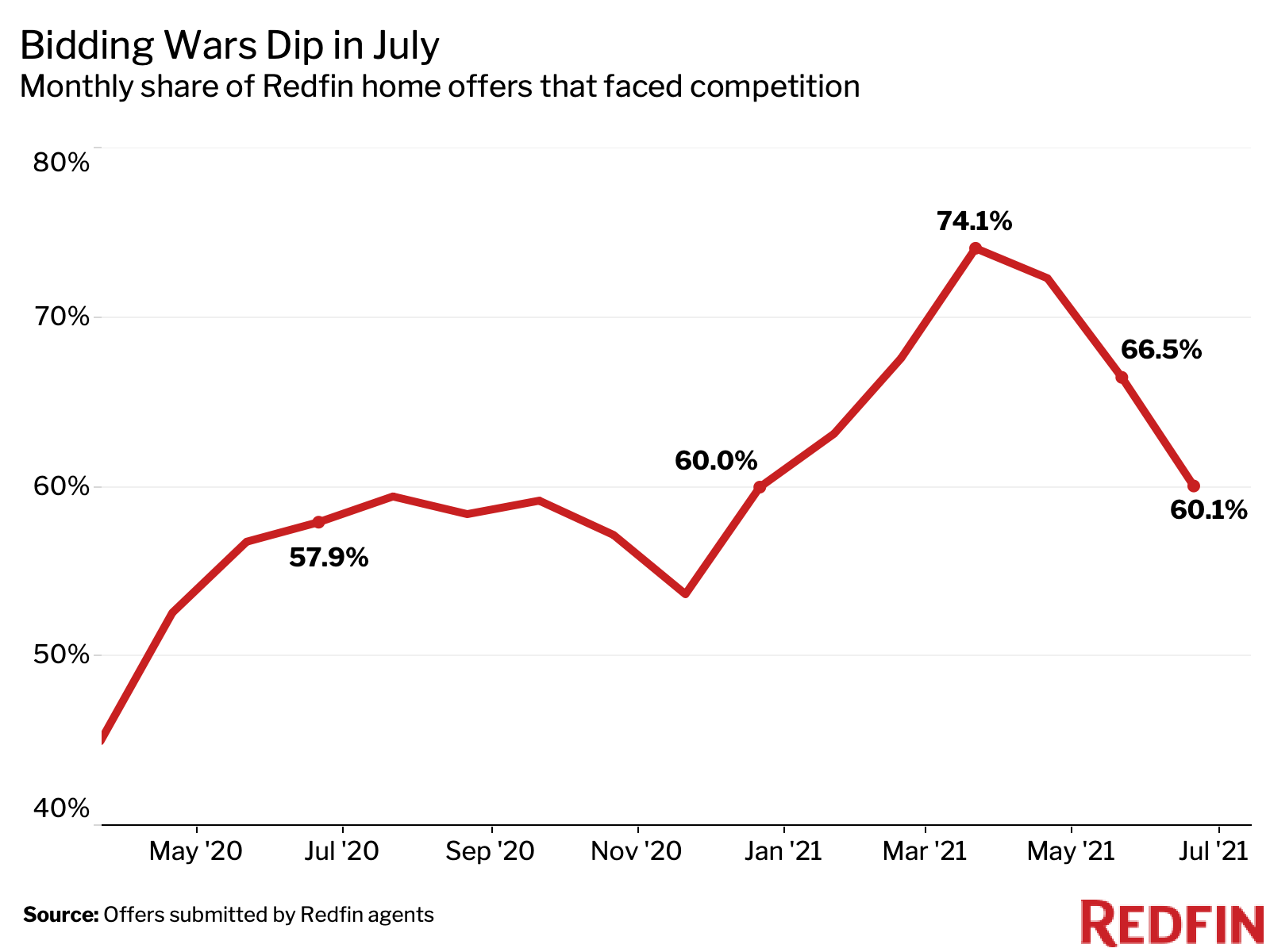