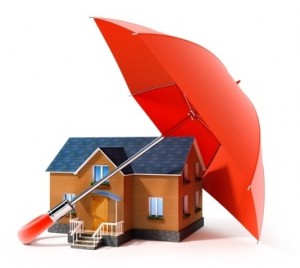 Changes to Texas home insurance laws have resulted in an unregulated system that charges more and covers less, according to new studies.

In 2003, Texas passed several overhauls to its insurance laws, loosening regulations and eliminating oversights. Eight year later, though, homeowners are stuck in an uncomfortable predicament of rising costs and declines in insurance.

“The numbers are pretty clear,” said Alex Winslow, of Austin-based Texas Watch. “Consumers are not getting the same level of protection they were getting under the standard form. And we are paying more now than we were then. So we are paying more and getting less.”

According to a Texas Department of Insurance report from earlier this year that surveyed the top insurers in the state, many dropped or reduced coverage after the regulatory changes in 2003.

The Insurance Department also uncovered bizarre inconsistencies in coverage, such as  water damage from pipe breaks. Private insurers will cover sudden pipe breaks, but not damage from slow or repeated leaks.

And amidst all this, insurers have been raising their rates. State Farm, for instance, the state’s largest insurer, will transition from a flat tax to a minimum 1 percent deductible that charges customers higher rates based on their home values.

The 2003 reforms were passed in response to insurer complaints that mold claims were bankrupting the industry. Now, insurers are primarily regulated with a “file and use” system that allows the insurers to change their rates or coverage and immediately institute the changes without state approval.

Regulators still review the changes and can order refunds if they determine changes weren’t justified, but for Winslow, the system largely operates on its own.

“This is a political battle,” Winslow said. “This is the legislature allowing insurance companies to operate without meaningful oversight.”

Interestingly, spokespeople for the insurers told the Chronicle that even with the reforms, they “can’t really make changes as quickly as they hoped the overhaul would allow.”