3 Reasons Your Clients Should Buy Now 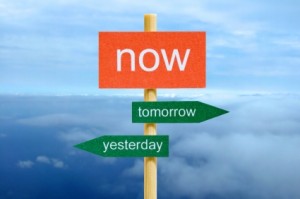 Should your buyer clients purchase a home now, or wait until the weather clears up in the spring?

The latter winter months are often an awkward time for prospective homebuyers; though competition for real estate is sparse, inventory is often slim as well, and homebuyers are often caught between a rock and a hard place – buy now, and face less competition from fellow buyers, or wait until the spring when the crop of available homes is more rich and varied?

A compelling dilemma, but one that leaves out several other crucial components to the homebuying process, which all, in the present marketplace, point to buying a residence sooner rather than later. Here are three things your clients should consider:

1. Prices on All Levels are Increasing – The most obvious reason to buy now rather than later is that homes are becoming more expensive; though prices are still down 26 percent from their 2006 peak, they increased more than 8 percent year-over-year in December according to CoreLogic, and seem to be showing no sign of slowing down. And to top it off, rental prices are increasing as well, with both Zillow and Trulia’s recent report showing rents rising more than 4 percent in 2012.

2. Prices are Not the Only Thing Rising – The phrase “historically low mortgage rates” became somewhat of a meme in 2012, and we’ll admit, we were almost getting sick of reporting it every Thursday! But starting a couple weeks back, mortgage rates began to increase, and the Mortgage Bankers Association is predicting rates will hit 4.4 percent in 2013.

3. Mortgage Regulations Will Also Change – The way that consumers qualify for a residential mortgage is also expected to change in 2013. Though the Consumer Financial Protection Bureau’s announced Qualified Mortgage rule all but solidified the post-boom lending standards that many of us had grown accustomed to, the upcoming QRM, or qualified residential mortgage, rule is still expected in 2013, and it could influence the minimum down payment and FICO score for mortgages; and to top it off, the FHA is preparing to clamp down on it’s mortgage standards as well.

Of all the aforementioned reasons, though, it’s the lack of competition that still stands out to Gary Bisha, the broker/owner of My Castle Realty in Houston.

“This is a great time to buy,” Bisha said. “While the spring may have more homes on the market, the pool of buyers is going to get more crowded. More buyers equals a lot more competition for the same home.”