Is Homeownership Still Integral to the American Dream?

Homeownership is often pegged as the ultimately realization of the “American Dream,” but a new study from the MacArthur Foundation finds consumers may not agree with that sentiment. 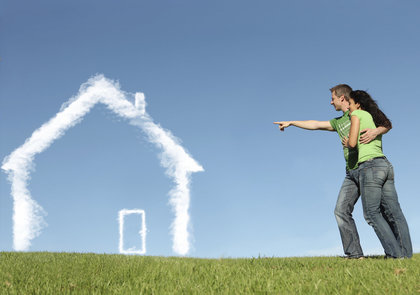 The housing crisis changed many things in the housing market – appraisals, lending standards, distressed property sales – but research suggested that the  concept of homeownership remained in high favor among American consumers, and that many continued to consider homeownership a study component of their own personal American dream.

Every trend has its rebel, however, and the “How Housing Matters Survey,” a national survey conducted by Hart Research Associates with a commission from the Chicago-based MacArthur Foundation, certainly fits that bill in that it crafts a remarkably contrarian portrait of the U.S.’ housing market as it recovers.

In its study, which sampled 1,433 adults between Feb. 27 and March 10, Hart Research Associates uncovered the following sentiments among American consumers:

Peter D. Hart, the chairman of Hart Research Associates, called the survey results “stunning,” and said that the changing sentiments towards renting/homeownership are both “surprising and significant.”

“America is going through a transformational period in which the old forms and systems are changing, and the unconventional is becoming more conventional and even fashionable,” Hart said. “While the desire to own a home remains a bedrock principle in American life, this survey demonstrates that the American public’s views about housing are changing, in part due … changes in our lifestyles. The dynamic is no longer simply ‘renting versus owning’ – perspectives are more complex, and people are viewing housing in a more holistic way.”

The experience on the ground, though, has been a different one for Vickey Wachtel, the broker/owner of Imagine Realty International in Katy.

“I’m not sure I would agree that over all homeownership is less desirable, or that renting is more desirable,” Wachtel said. There is a move by some Boomers to sell the big house and rent instead of own because of the need to conserve their resources but mainly not to have to deal with maintenance issues, let the landlord pay for replacing and repairing. It also allows them the freedom to move around when they want to. Once they retire they don’t need the big deduction a mortgage allows and staying in one place may not fit into their plans.”

“The demand for rentals in our area has risen,” she continued, “but I believe that’s because of necessity more than desire. Inventory for homes to buy is extremely low not only here in the Houston area but across the country so rather than buy something that might not be the dream home renting may be the best option.”