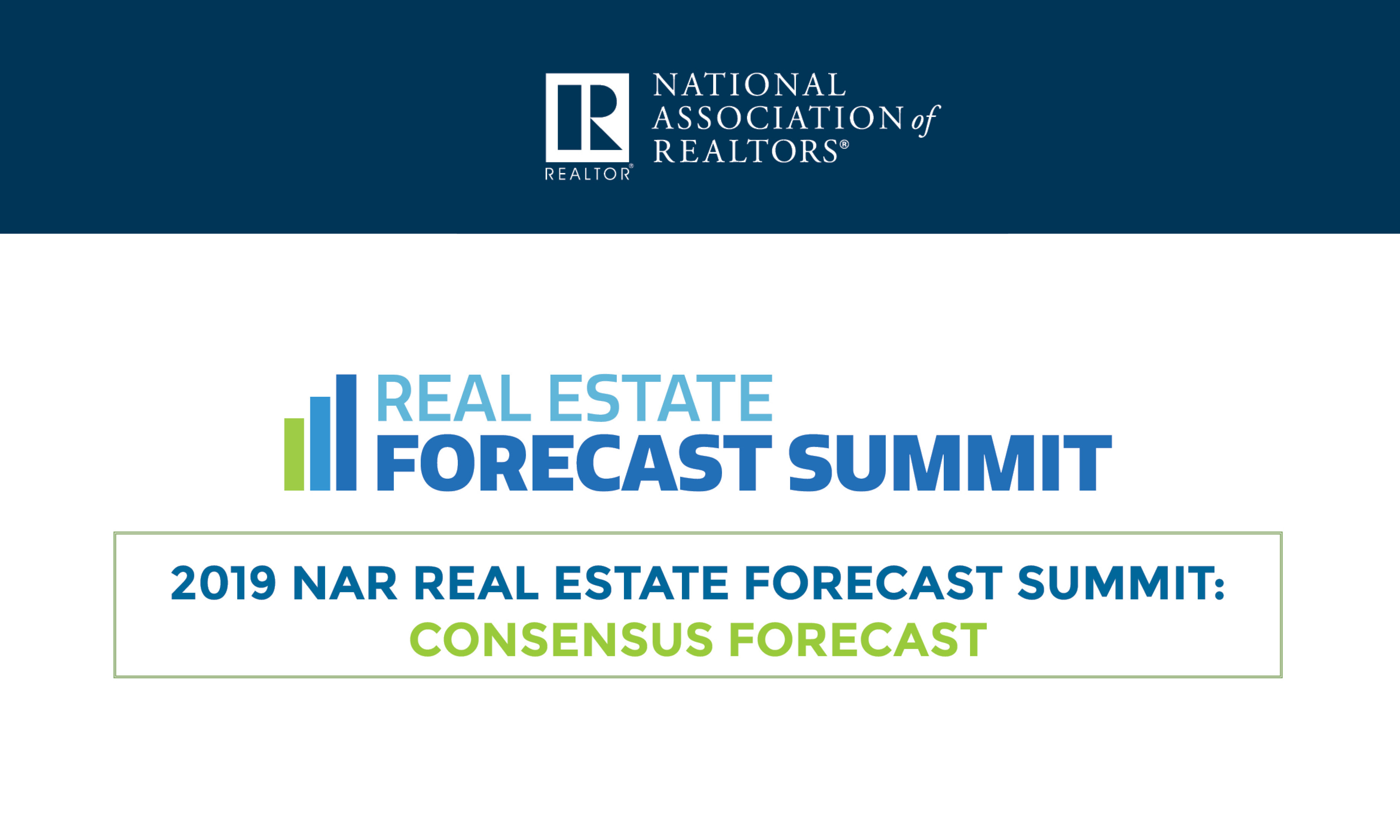 The National Association of Realtors held its first real-estate forecast summit today, where a group of 16 leading economists projected an increase in real estate prices and gave a one-in-three chance of a recession in 2020.

NAR Chief Economist Lawrence Yun said in a press conference that the group of economists forecasted 2 percent economic growth next year and 1.9 percent growth in 2021. Unemployment is expected to remain low at 3.7 percent in 2020 and rise slightly to 3.9 percent in 2021.

Sixty-nine percent of the economists in the group believe there will be no change in the Federal Reserve’s funds rate next year, while 31 percent believe they will be lowered.

“Perhaps this is due to the economic circumstances, little inflation, some growth in the economy,” Yun said at a press conference today. “Or it is possible that economists are injecting some political factors to say that in 2020, a presidential election year, the Federal Reserve does not want to be perceived as either helping or hindering any presidential candidate, and one way to signal that is to stay on the sidelines.”

Typical annual 30-year mortgage rates are expected to rise incrementally to 3.8 percent and 4 percent in 2020 and 2021, respectively. “Residential and commercial real estate investment remains attractive as we approach the start of a new decade,” NAR President Vince Malta said in a press release. “Increased home building can serve as a stimulator for the overall economy, and we strongly encourage more homes to be built as buyer demand remains strong.”

Despite this hope, economists predicted no increase in housing starts, Yun said, “which means the inventory shortage we’ve been facing is likely to continue into 2020, but by 2021, there is some relief with more production.”

Yun cited a variety of factors behind the sector’s sluggishness. “Maybe the reasoning is zoning regulation or the construction workers – even if one wanted to build more homes, if there are no workers to build it, one simply cannot do that,” he said.

“We don’t expect all of these 10 markets to outperform – maybe it’s eight out of the 10 – but based on my staff, we are looking at all the factors that can contribute to outperformance,” he said, naming urban in-migration, job growth and affordable housing options as a few that will likely make a difference in the coming years.

“Potential buyers in these 10 markets will find conditions especially favorable to purchase a home going into the next decade,” Malta said in the press release. “The dream of owning a home appears even more attainable for those who move to or are currently living in these markets.”