Nationwide housing starts rose 3.9 percent in November to a seasonally adjusted annual rate of 555,000 units from an upwardly revised number in the previous month, according to newly released data from the U.S. Commerce Department. This marked the first upward movement in new-home production since August, and was entirely attributable to a nearly 7 percent gain in single-family home building. 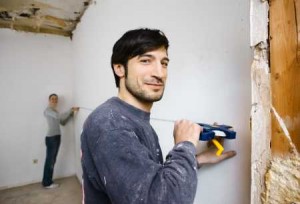 “Builders are very cautiously adding to their diminished inventories in preparation for the spring buying season and an anticipated modest revival in buyer demand when the economy shows more signs of improvement,” says Bob Jones, chairman of the National Association of Home Builders (NAHB) and a home builder from Bloomfield Hills, Mich. “That said, we are still looking at a very low level of housing production, due largely to builders’ inability to obtain construction financing.”

The 3.9 percent gain in overall housing starts this November was due entirely to a 6.9 percent increase to a 465,000 unit seasonally adjusted annual rate of new-home production on the single-family side. Meanwhile, multifamily housing starts declined 9.1 percent to a 90,000-unit rate.

Regionally, starts activity showed gains in all but one part of the country in November. The Midwest, South and West each posted gains, of 15.8 percent, 2.3 percent and 2.1 percent, respectively, while the Northeast posted a 2.5 percent decline.

Permit issuance, which can be an indicator of future building activity, declined 4 percent to a seasonally adjusted annual rate of 530,000 units in November, its lowest level since April of 2009. However, this decline was entirely due to a 23 percent drop-off in the more volatile multifamily sector, where permits hit a seasonally adjusted annual rate of just 114,000 units. In contrast, single-family permits rose 3 percent to a rate of 416,000 units – their highest level since this June.