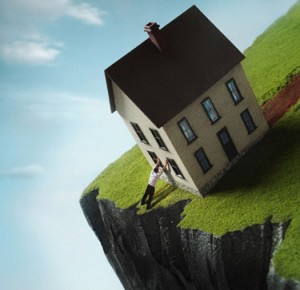 “Total properties receiving foreclosure filings would have easily exceeded 3 million in 2010 had it not been for the fourth quarter drop in foreclosure activity — triggered primarily by the continuing controversy surrounding foreclosure documentation and procedures that prompted many major lenders to temporarily halt some foreclosure proceedings,” says James J. Saccacio, chief executive officer of RealtyTrac. “Even so, 2010 foreclosure activity still hit a record high for our report, and many of the foreclosure proceedings that were stopped in late 2010 — which we estimate may be as high as a quarter million — will likely be re-started and add to the numbers in early 2011.”

Foreclosure filings were reported on 257,747 U.S. properties in December, a decrease of nearly 2 percent from the previous month and down 26 percent from December 2009 — the biggest annual drop in foreclosure activity since RealtyTrac began publishing its foreclosure report in January 2005 and giving December the lowest monthly total since June 2008.