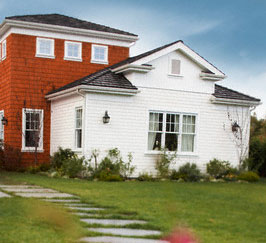 “Over the last 20 months, the Obama Administration has confronted the nation’s housing crisis with an unprecedented effort to promote stability in the market – keeping millions of families in their homes and helping millions more to save money by refinancing. But the data clearly show that the market remains extremely fragile,” says HUD Assistant Secretary Raphael Bostic. “We know that many responsible homeowners are still fighting to make ends meet. That’s why we’re committed to continuing to provide help to homeowners by implementing the broad range of programs the Obama Administration has put in place.”

Each month, the Housing Scorecard incorporates key housing market indicators and highlights the impact of the Administration’s housing recovery efforts, including assistance to homeowners through the Federal Housing Administration (FHA) and Home Affordable Modification Program (HAMP). The January Housing Scorecard features key data on the health of the housing market including:

In a continued commitment to enhanced reporting and transparency, today the Administration also released the Making Home Affordable Data File which includes characteristics of program participants to date, including financial information, mortgage loan information before and after entering HAMP, performance in a HAMP modification, and race/ethnicity data. The MHA Data File offers mortgage loan-level data and is intended to allow for better understanding of the impact of the program.

Key findings that emerged from a preliminary analysis of the MHA Data File include:

In preparing the MHA Data File, Treasury applied the recommendations of an independent non-profit, non-partisan policy institute to ensure the privacy of participating homeowners. The release of today’s data file fulfills a requirement within the Dodd-Frank Wall Street Reform Act to make available loan-level data about the program. Treasury will update the file monthly and will expand reporting to include newer initiatives that are part of Making Home Affordable.