The number of foreclosure notices nationally has dropped significantly dropped — 27 percent — for the month of February compared to this time last year. Does this mean that we are nearing an end to the foreclosure crisis or does it simply mean that there’s been a glitch in the numbers somewhere along the way?

CNN Money reported that even though this has been the largest decline ever recorded, the numbers may be slightly amplified. Realty Trac CEO James Saccacio hints that robo-signing may have something to do with the decline in foreclosures. 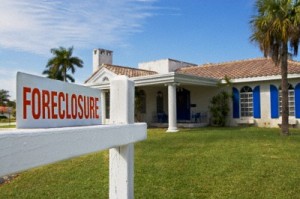 “Allegations of improper foreclosure processing continued to dog the mortgage servicing industry and disrupt court dockets,” he told CNN Money. “The industry is in the midst of a major overhaul that has severely restricted its capacity to process foreclosures.”

Saccacio also believes another factor could be the harsh winter. Due to weather, it is possible that some of the notices of default and paperwork filing has been prolonged.

Twenty seven percent is an ample decrease, however, there were still over 225,000 foreclosures filed for the month of February and banks still reclaimed 64,643 properties, indicating the housing crisis isn’t coming to end as soon as some may have hoped.

CoreLogic reported that the prices for homes are still dwindling and 23 percent of homeowners are underwater in their mortgages. This essentially means that they owe more on their mortgage than their properties are worth.

According to CNN Money, one section of the real estate market that could possibly benefit from the decrease in foreclosures is new construction. Even though the number may be slightly exaggerated, it may make it easier for new homebuilders to sell properties.

This can also benefit the rest of the country in that more jobs will be created in the residential construction field.

“Existing home sales produce some economic activity but it pales in comparison with new home sales,” said David Crowe, the chief economist for the National Association of Home Builders. “We calculate that for every 100,000 homes built, it creates 150,000 construction jobs but another 150,000 manufacturing jobs building refrigerators, furniture and other products.”

In addition, the 50 state attorney generals seem to be making progress in their pursuit of a financial settlement with the banks over the robo-signing mess.

“We believe some of the servicers have slowed foreclosures as they wait to see how the settlement talks play out,” said RealtyTrac spokesman Rick Sharga, who expects a huge spike in filings in the next few months.