With new and existing home sales falling throughout the country in February, potential homebuyers are seeing attractive prices on all types of residences. 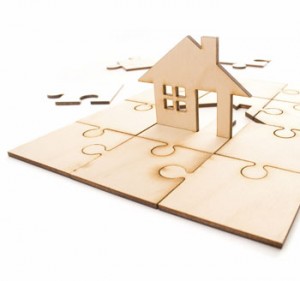 On Monday the National Association of Realtors (NAR) reported existing home sales had dropped 9.6 percent compared to the month before, from 5.4 million units to 4.88 million. Yesterday, the Department of Housing and Urban Development (HUD) and the Census Bureau announced new sales weren’t any better, dropping 16.9 percent from January to 250,000 units.

“(The) report is primarily a reflection of consumer uncertainty regarding the overall economy,” National Association of Home Builders (NAHB) Chairman Bob Nielsen said in response. “A recent Gallup poll confirmed that the economy is Americans’ top concern right now.”

To accommodate the low demand for housing, many sellers have made price cuts on their homes. On Tuesday Curbed.Chicago.com reported that star interior designer Nate Berkus brought the price down $200,000 on his Gold Coast condo.

With such low demand for existing units, many builders have slowed down in the production of new housing. Last week the NAHB reported a 22.5 percent decline in housing starts during February, compared to January.

As the spring selling season begins to heat up, there are undoubtedly a number of bargains out their for homebuyers. However, with tight lending restrictions it’s been difficult for many first time buyers to get approved on a mortgage.

“Even qualified buyers who are ready to make a purchase are facing frustrating challenges in terms of tight consumer lending conditions and inappropriately low appraisal values on new construction,” says Nielsen.