Almost 40 percent of homeowners nationwide who took out second mortgages are underwater on their loans. That is more than twice the rate of owners who didn’t take out such loans. 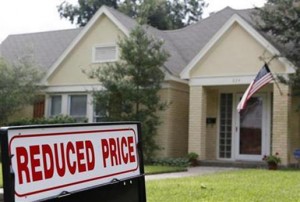 Second mortgages are weighing on a fitful recovery, in which housing has figured as particularly weak spot. The S&P/Case-Shiller National Index last week showed that home prices tumbled 4.2 percent nationwide in the first quarter, its third straight quarter of price declines after a modest recovery in early 2010. Nationwide, prices have fallen 34 percent since their peak in 2006. The inventory of unsold homes will take 9.2 months to sell, according to the National Association of Realtors, which about 50 percent higher than what is considered a healthy level.

In addition, according to Federal Reserve Board data, homeowners took out a total of $2.69 trillion from their homes at the height of the housing boom between 2004 and 2006.

CoreLogic said the decrease does not show an improving market, but instead, reflects completed foreclosures, which reduced the total number of homeowners in the market.

“The implication is that there are still a lot of people who are at risk of default, so delinquency and default rates are going to reflect that large amount of negative equity for some time to come,” said Jan Hatzius, chief U.S. economist for Goldman Sachs Group.

It’s crystal ball time — we want to hear your predictions for 2022!