A force of approximately 240 lawmakers have now joined the argument against the qualified residential mortgage (QRM) down payment, hoping to reduce the currently proposed rate of 20 percent, said Housing Wire. 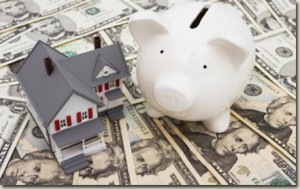 “If this rule goes through as it stands, the demographic of borrowers who get (favorable rates) will be white and wealthy,” said David Stevens, chief executive officer of the Mortgage Bankers Association and former commissioner of the Federal Housing Administration to MSNBC. “African-American, Latino and first-time home buyers will be charged higher prices.”

Earlier this month, many House of Representative lawmakers called the proposal “overly burdensome government dictate” and many claimed that the QRM proposal could be “detrimental to the housing sector.” The comment period was extended to August 1 in response to this debate over the proposal, which was signified by a letter sent and signed by over 150 lawmakers in May.

Among the protesters are mortgage lenders, consumer advocates, housing industry officials and lawmakers.

With an extended amount of time bought, a second letter proposing a lowered QRM was circulated, gaining approximately 90 additional signatures of support.

“The resultant reduction in demand for housing, due to an overly burdensome government dictate, would only add to the challenges the housing market faces, and could threaten a full-fledged economic recovery from years to come,” the letter reads.

Areas of concern include: unnecessary ineligibility for credit-worthy borrowers, potential locking out of more first-time buyers, as well as requiring lenders to maintain five percent of credit risk on loans that are not QRM loans.

“These constraints on demand are structural rather than cyclical, meaning that even faster employment and income growth over the next few years is unlikely to lead to anything more than modest rises in home sales,” Capital Economics said to Housing Wire.