In an effort to predict the demands for building within the current housing market, Builder Magazine installed the PRIZM model, a tool that is made up of 66 segments typically used to describe “demographic, psychographic, and behavioral similarities in households.” 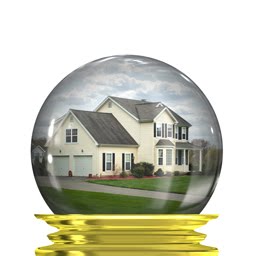 “Based on household segments, ownership rates by geographic area, and forecasts for household formation, Hanley Wood Market Intelligence (HWMI) produces demand forecasts for every market in the country down to the county and submarket level. Comparing the demand estimates with prior year absorptions by price point or by consumer group can reveal shifts in the market as well as pockets of opportunity,” said the article.

In 2009 and 2010, the article says that more homes were purchased than expected – mostly by Millennials in response to tax credits and distressed properties on the market, but now demand is expected to shift to “family life, elite, and active adult households.”

Millennials have recently received some attention, with New Geography stating that approximately 64 percent of those in this age group are focused on the importance of owning a home; 20 percent said this was one of the most important priorities in life.

Another graphic demonstrated estimated demand for 2011, in comparison to 2009-2010 closings by demographic factors. The ruling future demand category is still expected to be “simple life”-a category which made up nearly 25 percent of closings in 2009-2010. “Entry-level” remains consistent at around 17 percent, and “family life” demand is expected to increase along with “elite,” and several other categories.