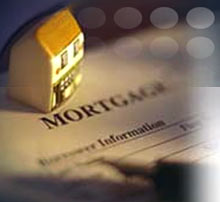 Interthinx released its Q2 report on mortgage fraud last week, highlighting some of the nation's worst sections of fraud.

Interthinx, an analytics company, released its comprehensive Second Quarter Mortgage Fraud Risk Report late last week, and among its chief findings were that on a national level, mortgage fraud risk declined 2.3 percent over 2011.

Though mortgage fraud declined 1 percent from last quarter, Interthinx’s Mortgage Fraud Index remained high at 142 (100 is considered normal). For the last five quarters, the index has stayed between 140 and 145.

The top three states with the most fraud, in order of ranking, were Nevada, Arizona, and California. Nevada and Arizona held the same rankings the previous quarter. Florida, Colorado, Michigan, and Ohio were all deemed  “very high risk” states. Texas, by contrast, was not even in the top 20.

The Interthinx report also contained analysis on the nature of mortgage fraud, such as: investor loans are more prone to fraud than owner-occupants; investor applications held three times the risk for employment/income fraud; and, as the amount of the loan increases, so do the chances of fraud.

Industry participants – such as agents, brokers, underwriters, appraisers, developers, and settlement attorneys – are primarily responsible for the fraud, the FBI said. Also involved are organized criminal groups, often from overseas.

Because of current market conditions, the FBI said that mortgage fraud will remain a problem.

“The current and continuing depressed housing market will likely remain an attractive environment for mortgage fraud perpetrators who will continue to seek new methods to circumvent loopholes and gaps in the mortgage lending market,” the FBI said.
The report continued: “These methods will likely remain effective in the near term, as the housing market is anticipated to remain stagnant through 2011.”