Refinancing: An Alternative Approach to Stimulus 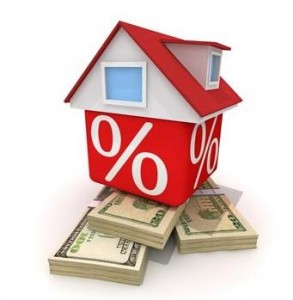 A mass refinancing program has been offered as a possible stimulus for housing.

Ideas abound for how to stimulate the housing market, and one idea that has acquired a number of supporters is a government-led refinancing program.

Housing stimulus principally works from one concept: healthy housing produces a robust economy. Though economists and analysts differ on how much the two are intertwined, recent economic data out of Texas – a state that largely avoided the housing boom and bust, due to tighter regulation through state laws – seems to suggest there is indeed a strong connection between housing and economic performance.

Although refinancing proposals are described as “stimulus,” they actually differ quite substantially from the “21st Century Homestead Act” that New York Congressman Gary Ackerman just announced yesterday. Rather than entice investment and motivate consumers to buy new homes or invest in renter properties (which is the main feature of Ackerman’s plan) a refinancing proposal would work with existing homeowners.

One recent proposal, by Columbia University professors Glenn Hubbard and Chris Mayer, recommends that the government simply use the tools at its disposal for a refinancing program.

The government, according to Hubbard and Mayer, already backs 37 million mortgages, and backs 19 out of every 20 new mortgages. All the government would have to do is advise its loan operators – Freddie Mac, Fannie Mae, Ginnie Mae, the Federal Housing Administration, and the Department of Veterans’ Affairs – to allow refinancing on those mortgages. And with mortgage rates now at an all-time low, the savings could be substantial.

According to Hubbard and Mayer (emphasis by them), “Suppose that you bought your house in 2006 for $225,000, taking out a $200,000 mortgage at a fixed rate of 6 percent. Your payments are about $1,200 per month. Thus you owe around $189,000, but home values have fallen to the point that your home is worth less than that amount, making conventional refinancing impossible. Adjusting the interest rate to the current market rate (about 4.3 percent) would reduce your mortgage payments by 15 percent, resulting in savings of more than $2,000 each year.”

And the stimulus the plan would motivate would be equally impressive: “According to estimates from analysts at Morgan Stanley and JPMorgan, a large refinancing program such as this one can reduce mortgage payments by $50 billion annually; if done well, we believe it can do even more. Because the reduction is permanent, the program will have a long-term impact on the economy, allowing consumers to spend while still increasing savings.”

There are, of course, costs involved in such a proposal. In a recent Bloomberg piece, Mayer was quoted as saying the plan could cost between $40 and $60 billion, although the cost would be offset by both fewer defaults and the extra money consumers would have from the refinancing.

As with all proposals of aid and stimulus, there are arguments from all sides, but with rates as low as they are, refinancing could just be what the housing market needs.