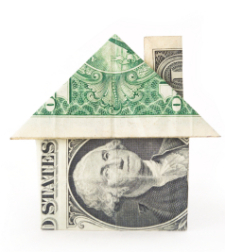 The CoreLogic Home Price Index, an alternative to the Case-Shiller, rose for the fourth consecutive month.

The CoreLogic Home Price Index rose for the fourth consecutive month in July, increasing by 0.8 percent for the month and 5.5 percent over March’s low.

Though Standard & Poor’s Case-Shiller Home Price Index, which was released in August, is the most followed home price index, the CoreLogic is used by the Federal Reserve and numerous analysts.

Additional data from CoreLogic’s report was not as positive as its monthly data – or at least that is how it seemed. Year-over-year home prices declined by 5.2 percent in July 2011 compared to July 2010, and June 2011 prices were similarly low, declining by 6.0 percent from June 2010.

Mark Fleming, the chief economist for CoreLogic, said that seasonal influences may be responsible for the recently positive data.

“While July’s numbers remained relatively positive, particularly for non-distressed sales which have been stable, seasonal influences are expected to fade in late summer. At that point the month-over-month growth will most likely turn negative,” Fleming said. “The slowdown in economic growth and increased uncertainty caused by the recent stock market volatility will continue to exert downward pressure on prices.”