Will Obama Speak About Housing Tonight? 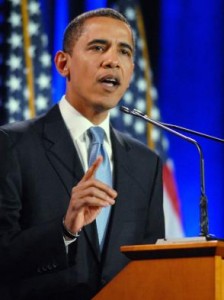 President Barack Obama will address the nation tonight on the economy, but it remains unknown if he'll address housing.

President Obama is scheduled to address the nation tonight on the economy, and the real estate industry is filled with anticipation – apprehension, even – on what the President will say about housing, if anything at all.

Details about the speech have been murky. Though the White House has insisted that jobs and economic stability would be the focus of the address, nothing has been made clear on how pivotal housing will be to those two topics. Instead, Josh Earnest, a White House spokesperson, said that housing remains a “a high priority for this administration,” regardless of whether or not the President directly addresses housing tonight.

Lately, voices from different outlets have urged action from the White House on housing. First, the National Association of Realtors released a statement at the end of August, urging the White House to host a “Housing Summit” for ideas on fixing housing’s lingering ailments. Then, just last week, Federal Reserve Governor Elizabeth Duke got in on the action, devoting a large portion of a policy speech to how Washington should fix housing.

How Washington should fix housing, though, remains a troublesome topic, particularly in light of the region’s political divide. One particularly widespread rumor has the President opting for a refinancing plan, one that would allow owners of the millions of underwater mortgages on the spreadsheets of Fannie Mae and Freddie Mac to capitalize on record-low interest rates and refinance. According to earlier analysis, the plan could save thousands for every qualifying household; and most importantly, the plan would not require congressional approval.

In the end, though, what Obama talks about is all speculation right now. We’ll know for sure when the President speaks tonight at 7 pm, Eastern time.