Housing Recovery in Sight, but Further Down the Road 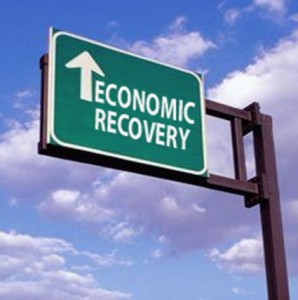 Economists surveyed by Reuters predict housing prices will decline in 2012 before improving in 2013.

According to a survey by Reuters of economists and housing analysts, U.S. home prices will begin to improve in 2013, only after another year of stagnant recovery in 2012.  The survey polled 27 economic analysts between November 17 and 22, according to data from CNBC.

Reuters predicts that home prices will fall 0.3 percent next year, but rise 1.5 percent in 2013.

Economists that completed the survey were quick to critique two main government housing policy proposals: the first, for the Federal Reserve to purchase more mortgage-backed securities (MBS); and the second, to implement a reduction in loan principals for distressed homeowners, reported in the Reuters article, “Housing Prices Won’t Recover Until 2013” Economists.”

Only seven of the surveyed economists believed that increasing MBS purchases would make a substantial difference. Moreover, 19 of the respondents claimed that prices could recover without the need of a large-scale program to write down principle payments. Eighteen of the survey respondents foresee home prices falling 2012; of those, twelve predicted it would happen in the first half of the year. Seven respondents claimed that home prices have already reached their lowest, and only one respondent said prices wouldn’t bottom until 2013 or 2014,

“We see very little prospect that any policy action will meaningfully impact the housing outlook over the next year,” said Senior Economist at Wells Fargo, Sam Bullard. “Unfortunately, a sustained improvement in housing will not likely get underway until the mountain of foreclosures is cleared and the price discovery process plays out.”

The Federal Reserve is considering making more MBS purchases, but has already bought over $2 trillion in long-term securities to keep rates low.

Supporters of a large policy plan claimed it to be the sole way for the Federal Reserve to keep borrowers in their homes and mitigate another round of foreclosures. Protestors of a large-scale policy implementation said that it would be too expensive and would not bode well heading into an election year.