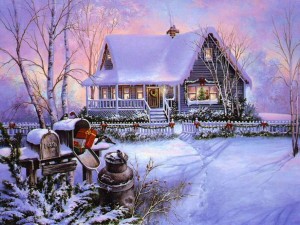 Christmas was a very merry time for existing-home sales.

It appears Realtors were a very good bunch this year, as Santa delivered some promising existing-home sales data in December.

Sales for existing-homes rose by 5 percent from November to December, reaching an adjusted annual rate of 4.61 million. Estimated using single-family, townhouse, condominium and co-op sales, the data was also a 3.6 percent increase over December 2010.

Lawrence Yun, NAR’s chief economist, said that December’s data, which is the third consecutive month of increases, could be a sign of a sustained housing recovery.

NAR also noted in its press release on the sales data that record-low mortgage rates may have had an impact on sales. From November to December, average 30-year FRMs, according to Freddie Mac, decreased from 3.99 percent to 3.96 percent, the lowest since record keeping began in 1971. For the sake of comparison, that same rate was 4.71 percent in December 2010.

Moe Veissi, the president of NAR, said buyers are taking advantage of not only interest rates, but other market conditions as well.

“The American dream of homeownership is alive and well,” Veissi said. “We have a large pent-up demand, and household formation is likely to return to normal as the job market steadily improves,” he said. “More buyers coming into the market mean additional benefits for the overall economy. When people buy homes, they stimulate a lot of related goods and services.”

NAR’s press release also included other details on housing in December, including: total inventory dropped yet again, falling 9.2 percent to a 6.2 month supply in December, the lowest level since March 2005; foreclosures sold at an average discount of 22 percent, up from 20 percent in December 2010, and short sales sold at 13 percent below the market value, a slight decrease from the 16 percent discounts found a year ago.

Regionally, the South finished the year in good territory, with sales rising 2.9 percent from November and 3.5 percent from a year ago, though the median sale price did decline somewhat by 1.1 percent.