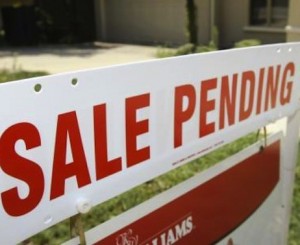 After reaching a 19-month high in November, the National Association of Realtors’ (NAR) Pending Home Sales Index declined by 3.5 percent in December, though it did retain the year-over-year gains that defined much of housing data in 2011.

A forward-looking indicator based on contract signings, the Index fell from 100.1 in November to 96.6 in December. The Index is 5.6 percent higher than in December 2010, when it was 91.5.

Lawrence Yun, NAR’s chief economist, said that even in light of December’s declines, the overall trend for pending sales is positive.

“Even with a modest decline, the preceding two months of contract activity are the highest in the past four years outside of the homebuyer tax credit period,” Yun said. “Contract failures remain an issue, reported by one-third of Realtors over the past few months, but home buyers are not giving up.”

Yun also said there are nuances to the Index that may not be necessarily reflected. For instance, buyers may successfully complete a sale after a contract delay, while others, motivated by today’s incredibly affordable homes, may stay in the market after a contract failure and make another offer.

“Housing affordability conditions are too good to pass up,” Yun said. “Our hope is lending conditions will gradually improve with sustained increases in closed existing-home sales.”

Regionally, the South’s performance was a bit lukewarm in the latest index, decreasing by 2.6 percent to 101.1 in November,which is still 4.9 percent above a year ago. The South’s declines were, though, the smallest of the Index’s regional decreases.