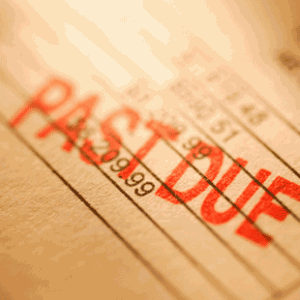 Mortgage delinquency rates in the fourth quarter showed improvement in the latest Mortgage Bankers Association’s (MBA) National Delinquency Survey, with a number of the nation’s home loan market offerings reporting some of the healthiest data in years.

Jay Brinkmann, MBA’s chief economist and senior vice president for research and education, said delinquencies are very much tied together with the greater economic performance of the U.S.

“Mortgage performance continued to improve in the fourth quarter, reflecting the improvement we saw in the job market and broader economy,” Brinkmann said. “A major reason is that the loans that are seriously delinquent are predominantly made up of loans originated prior to 2008 and this pool is steadily growing smaller as a percent of total loans outstanding. In addition, employment is the key driver of mortgage performance and the mortgage delinquency rate is actually falling faster than the unemployment rate is declining.”

For mortgage loans on one-to-four-unit residential properties, the delinquency rate in the fourth quarter decreased to a seasonally adjusted rate of 7.58 percent, a decrease of 41 basis points from the third quarter of 2011 and 67 basis points from one year ago. All loans, from prime to ARMs, showed declines, excluding FHA loans, which posted a quarterly increase in delinquencies.

Overall, the combined percentage of loans in foreclosure or at least one payment past due was 12.63 percent in the fourth quarter, a 10 basis point decrease from last quarter and a 107 basis points decrease from 2010.

In additional comments, Brinkmann said the delinquencies rates are an excellent measure for future growth.

“People often ask where we are in the housing recovery and how far we still have to go. This year-end report is a good time to take stock,” Brinkmann said.  By several measures, mortgage delinquencies are about half way back to long-term, pre-recession levels.”

Brinkmann went on to explain that total delinquencies peaked in the first quarter of 2010 at 10.1 percent, making 2011’s fourth quarter rating of just 7.58 percent that much more dramatic. Foreclosure starts, which peaked at 1.4 percent in the third quater of 2009, are down to 1 percent. Respectively, the pre-recession averages for the two measures were 5 percent and 0.5 percent, so, as Brinkmann predicted, we are halfway there to a true real estate recovery.