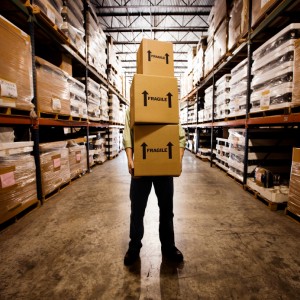 Housing inventories have been declining recently, but that does not mean they are necessarily manageable.

Throughout 2011, housing inventory had been on a steady decline, a development that should be welcome, given the constant analyses on the excess housing supply as a result of boom-era overbuilding. As details emerge over the nature of those inventory declines, though, some economists are questioning the positivity of housing’s increasingly shrinking supply.

Year-over-year, visible inventories were down 17 percent in January, and the latest projections indicate that they could fall even lower to six months supply, a level not seen since early 2006.

And as previously stated, some analysts have been very high on the declining inventories, most notably the National Association of Realtors. In a December press release on existing-home sales, the association’s Chief Economist, Lawrence Yun, said stability was the key end result for falling inventories.

“Since setting a record of 4.04 million in July 2007, inventories have trended down and supplies are moving close to price stabilization levels,” he said.

As is often the case in economics, though, there are several killjoys to the happy stats, most of them involving the shadow inventory, a topic we’ve reported on before and one that represents a true challenge to the present housing recovery.

In a Financial Times article on inventories, analysts from RBC Capital highlighted how when shadow properties are counted, full housing inventories are nowhere near their normal levels.

“[W]e have to keep in mind that the shadow inventory component remains a major source of downside pressure for home prices in the medium term,” the analysts said. “And while the 4Q delinquency data did show a decline in this inventory glut, it remains north of 17 months’ worth of supply at current sales rates. It certainly is moving in the right direction, but ‘normal’ is still a long ways away and the path there looks likely to be drawn-out. The housing market remains extremely oversupplied and, until this changes, the bottom in home prices will continue to elude us.”

Credit Suisse stressed the same points in a report on inventories that FT cited.

“Has housing turned the corner? The U.S. housing sector has been cheap by most measures for some time, but excess supply, driven by a steady stream of distressed homes, will continue to put downward pressure on home prices for the time being,” the report stated, leaving some room for optimism. “A vigorous housing recovery is probably a year or two away (at least), but home construction and home sales have bottomed out, and we expect modest growth in residential investment this year (3 percent).”

Another uplifting note involves the government’s REO conversion program, a plan Credit Suisse specifically recommended as the best option to combat the shadow inventory’s effect. Designed to sell distressed properties to investors in bulk, discounted packages, the investors would then manage the properties as rentals, increasing not only the property’s value, but also saving community tax bases, creating jobs for rehabilitation projects, and meeting the country’s growing demand for rental units. And through its initial stages, things seem to be going well.