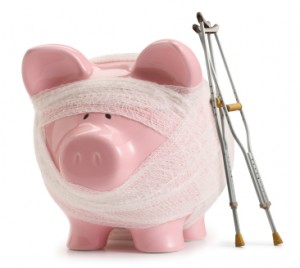 Homeowner finances took a beating in the post-boom economy, but several indices show they are now increasingly less risk prone.

Standard & Poor’s continued what has been an entire month of credit-friendly news with its reports on first-time default rates, which declined on consumer credit for the second straight month while nonpayments on second lien mortgages hit a new post-recession low.

In the spring of 2009, defaults on first and second mortgages topped out at 5.67 and 4.66 percent, respectively.

In addition, missed payments on second liens fell to 1.2 percent, the lowest level since June 2006, and even auto and bank card defaults fell to respective levels of 1.22 percent and 4.41 percent.

S&P, though, is not the only institution tracking the continuing health of homeowner finances. Earlier in the month, University Financial Associates released its latest Default Risk Index, which showed that the number of homeowners at risk of default is now at its lowest level in seven years. From 1996 to 2003, the Index never surpassed 100, but starting in the last two quarters of 2004, it ballooned to 200 by mid-2006 and peaked at 225 in mid-2007. It has decreased steadily since then, and its current rate of 128 brings it to pre-recessionary levels.

Even the Federal Reserve has shown a decrease in consumer risk. It latest Flow of Funds report, which measured numerous finances in the fourth quarter, reported residential mortgage debt dropping $42 billion, or 1.5 percent. Though it was the smallest drop since 2009, mortgage debt has now declined by $777 billion since 2006, with foreclosures, short sales and refinancings making up the largest share of the reductions.