OCC Foreclosures Finished 2011 With a Sigh 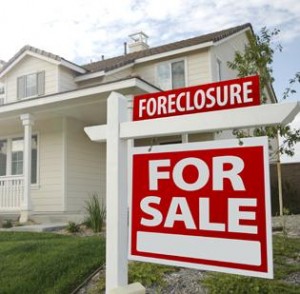 The OCC's tracking on foreclosures closely followed the narrative for the industry with declines in late 2011.

Foreclosures launched by Office of the Comptroller of the Currency (OCC)-registered banks and servicers fell by 16 percent in the fourth quarter and by 17.9 percent year-over-year, according to the latest data from the agency, capping off an entire year of declines.

Unfortunately, however, this trend will most likely not continue through 2012. According to a HousingWire piece on the data, 292,173 foreclosures, 460,213 home retention maneuvers and 182,256 forfeiture actions were launched for the year, while 116,060 foreclosures were completed, which was actually a 2.5 percent increase from the third quarter and a 22.1 percent increase from the fourth quarter of 2010.

The OCC’s report, which covers 31.4 million loans, or, a 60 percent share of the U.S.’ mortgage market valued at $5.4 trillion, did not entirely focus on foreclosures; there were also detailed accounts on the modification market.

On average, fourth quarter modifications reduced borrowers’ monthly principal/interest payments by 26.5 percent, or $430 a month, compared to the 36 percent, or $593, that HAMP modifications resulted in. Interestingly, the OCC found that the larger the cut in payments (those with a reduction of 10 percent or more), the better the performance of the modified loan, a detail that could play a role in the continuing debate over principal reductions on GSE-backed loans.

Since 2007, servicers have modified 2.3 million loans through 2011’s third quarter, and of the fourth quarter’s modifications, 48.3 percent were current or paid off, 8.5 percent were delinquent, 17.4 percent were seriously delinquent and 16 percent had either entered foreclosure proceedings or finished the process.