Housing and the Economy Dance Cheek To Cheek 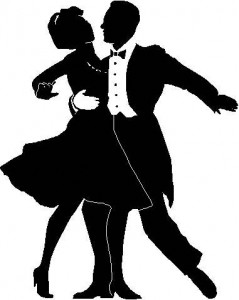 Where the economy leads, housing often follows, and from 2012 on, new research shows it will be a positive relationship.

It’s long been one of the ultimate truisms in real estate that a robust economy, and all the positive employment and investment numbers that accompany it, is the finest contributor to a growing housing market, and agents, investors and buyers/sellers alike have been waiting for some time now for strong economic growth to spill over into the housing sector.

Earlier today, the Department of Labor released some of the most compelling evidence that such a transition is occurring.

According to data from the department, weekly unemployment benefit applications fell last week by 5,000 to 359,000, the smallest number of applicants since April 2008.

On a wider scale, the data was even more promising – counting all UI benefits in all programs (state and federal), the number of persons claiming such benefits has gone down by 18 percent from last year.

The AP pointed out an encouraging trend with the data in its analysis. Once unemployment benefit applications are consistently less than 375,000, the story reported, businesses are probably hiring enough workers to positively impact the unemployment rating. By no sheer coincidence, the drop in benefit applications has corresponded with the strongest period of hiring in two years.

All that data directly ties in with a new survey from the Urban Land Institute (ULI), which has garnered quite a bit of attention the last couple days because of its incredibly rosy projections for the housing market in the next two years. Surveying 38 of the nation’s leading housing economists and analysts, the ULI predicted that housing starts would nearly double from their 2011 levels by 2014 and hit 800,000 annual starts, while home values will increase by 3.5 percent in the same year.

Though the ULI admitted a margin of error, given the inconsistent nature of the post-2008 economy, it did state that the greater economic trends seem to finally signify a sustainable growth for housing.

“While there are certainly geopolitical, economic and other events that could upset this forecast going forward, the respondents to this survey of leading real estate economists and analysts believe that most facets of the U.S. real estate economy will strengthen considerably or remain healthy through 2014,” the ULI stated in its report.