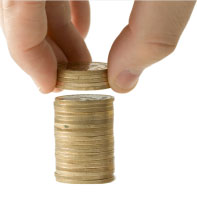 New restrictions by the FHA could further limit the agency's loan exposure.

A new regulation from the Federal Housing Administration (FHA) is poised to further restrict access to the agency’s pool of low-cost, low-money-down loans.

According to a CNN Money article on the changes, the FHA is now scrutinizing the creditworthiness of its candidates with much more zeal, and credit disputes with debts of more than $1,000 can now seriously harm the candidate’s chances at securing the loan, regardless of their credit score.

Previously, lenders were free to judge the severity of the credit dispute for borrowers, but now, they must defend their actions to the FHA with documentation before the agency will agree to guarantee the loan. Also, borrowers must either pay the loan in full, institute a series of payments (and prove such a plan exists) or provide documentation on why the dispute is faulty.

The policy complements rather nicely the recent string of restricting measures the FHA has adopted to shore up its fragile finances, which have included new rules for condo associations and, most notably, increases for premium fees. Ironically, all of those changes have come at a time when the Obama White House, which oversees the agency, has been making the FHA a more central figure in its housing policies.

Tiffany Thomas Smith, the deputy press secretary for the U.S. Department of Housing and Urban Development, said in the CNN article that consumer protection is the main goal of the legislation.

“It’s a way of protecting consumers from getting into loans they ultimately can’t afford,” she said.

In addition to the aforementioned rules, borrowers will not be held accountable for disputes more than two years old, and instances of fraud or identity theft will also be excluded, pending documentation proving the disputes as the result of such criminality.

The fear going forward, as CNN points out, is that the new rule will further restrict acces to credit by rendering FHA loans too meddlesome and convoluted for banks. And though the banks do have the final say on whether or not to submit the loans to the FHA for approval, Steve Habetz, a loan officer with Darien Rowayton Bank in Connecticut, said in CNN’s piece that they will not pursue loans that they suspect of FHA rejection.

“Any error made is going to be on the side of caution,” Habetz said. “Few lenders will approve the loan. They don’t want to hold a 96.5 percent mortgage held on their own books if the FHA rejects it.”