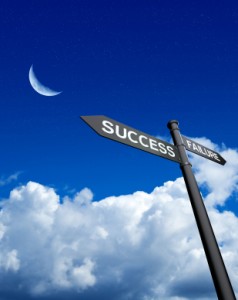 More and more Realtors are finding the path to success and confidence, NAR is reporting.

Co-authored by Jed Smith, the association’s managing director of quantitative research, and George Ratiu, the manager of quantitative and commercial research the report looked at a number of areas in the real estate markets, many of which showed improving attitudes among Realtors.

“This month’s RCI shows a market starting to turn with continued recovery,” Smith and Ratiu wrote. “Confidence and price expectations are up, rising rental rates have favorable implications for the residential market, and time on market continues to decrease. Prices and interest rates continue to be attractive.”

Nowhere was the rise in confidence more apparent then NAR’s specific examinations of the single-family, townhouse and condo markets, all three of which have seen dramatic increases in confidence since autumn 2011 among the 4,000+ agents sampled.

In the condo market, confidence has doubled since October, rising from 15 to 30, while for agents working with townhouses, confidence is up from 20 to 36. For single-family homes, though, the increase was the most dramatic, with the index almost doubling from 30 to nearly 60.

In addition to increased buyer activity, the relative absence of some of the more persistent problems in the post-boom housing market also contributed to the rise in confidence.

“Fewer respondents noted major problems than had previously been the case, and a growing number of respondents in recent months have been indicating cases of multiple bidding, low inventories, a resurgence of buyer interest, and the rapid resolution of distressed property sales,” the report stated.

An indicator of housing market strength based on a monthly survey sent to over 50,000 real estate practitioners, the Realtors Confidence Index asks respondents indicate whether conditions are, or are expected to be, “strong” (100 points), “moderate” (50 points), and weak” (0 points).

One area the authors said could be improved upon was the market for first-time homebuyers, which made up 33 percent of total buyers last month. Normally 40 percent of buyers in a healthy market, the authors noted that all-cash sales and investor purchases have, in some cases, “crowded out” first-time buyers, which is a shame given the current environment for homebuyers.

“Given that the typical homeowner will occupy a house for approximately 8 years and that home ownership is basically a lifestyle decision, one can make a very good case that this is a good time to buy a house, remembering that staying within a reasonable budget and acceptable mortgage is important,” the authors wrote earlier in the report.