What Wave of Foreclosures? 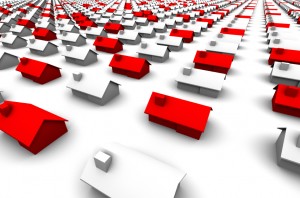 Doomsday foreclosure scenarios were abound in late 2011, but so far, that hasn't happened.

The wave of foreclosures that many analysts had anticipated has, thus far, failed to materialize (knock on wood), and its absence is making some reconsider the housing market.

As the Wall Street Journal explained in a recent story, the biggest rationale for the wave anticipations was the “robo-signing” scandal, a controversy that erupted in late 2010, early 2011 that involved faulty (if not illegal) efforts by lenders to foreclose on homes as quickly as possible.

The resulting outcry produced a freeze on foreclosures, and as the backlog increased throughout last year, so did fears that once 2012 arrived, and the mortgage settlement was signed, that banks would resume dumping their foreclosure inventories at hyper speed.

Yet the latest data simply does not support that view. As the Journal noted, LPS’ Mortgage Monitor for March recently reported that foreclosure activity for the month was 31.1 percent below where it was in March 2011, and the number of delinquencies and distressed borrowers also decreased by 8.8 and 6.7 percent, respectively.

The trend was even more pronounced in CoreLogic’s latest foreclosure report. The firm reported 69,000 foreclosures in March, a decline of 16,000 from last year. Delinquency rates, which were unchanged, are at their lowest level since July 2009, and some of the most delinquency-plagued states in the country, like Nevada, Arizona and California, saw improving health in their mortgage markets.

Herb Blecher, the senior vice president at LPS Applied Analytics, said the data so far as not matched the doomsday predictions.

“What we’re seeing so far in the data, it doesn’t amount to a flood,” he said in the Journal article. “There are regional bursts of activity here and there, but not that wave of foreclosures that people were expecting.”

The Journal noted that there were measures in the mortgage settlement that may also be responsible for the foreclosure decline. One of the settlement’s provisions requires banks to spend $17 billion to help homeowners, with $10 billion of that going towards writing down loan balances for seriously delinquent borrowers. The banks receive “credits” based on the kind of relief they provide, and they also receive a credit for allowing short sales in place of REO transactions.