New Chapter in the Homeownership vs Renting Debate 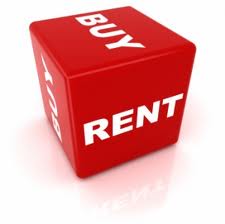 The homeownership/renting debate has gotten fierce in recent months, but a new chart may have settled the dispute.

The homeownership/renting debate has gotten fierce in recent months, but a new chart may have settled the dispute.

A new chart of analysis has reinvigorated the homeownership vs renting debate, with another nod of economic approval heading for the homeowners’ corner.

Assembled by analyst Ben Walsh for Felix Salmon of Reuters, the chart uses the most recent data from the U.S. Census Bureau on rental vacancies and homeownership, and it charts the average mortgage payment with the average cost of rent.

Rents, as expected, have risen steadily the past couple decades, immune to market shocks and speculative bubbles, while mortgage payments, as we all well know, followed a similar (if more erratic) trajectory until 2004, when they spiked dramatically. Since 2007, payments have fallen as fast as they rose, and in the last year, are actually lower than the average cost of renting, which has risen at the same time.

As Salmon wrote in a blog entry accompanying the chart, that is quite the development.

“[T]hanks to ludicrously low mortgage rates below  4%, that number is now lower than the median national rental price,” Salmon wrote. “This is the first time that’s happened since 1988, and probably for quite some time before that, too.”

However, as Salmon notes, this is not the first time that analysts have noticed an inverted relationship between renting and owning costs. David Leonhardt reported similar findings two years ago for the South Florida, Phoenix and Las Vegas markets, which at the time were engulfed in foreclosures and delinquent mortgages.

“I wasn’t completely convinced, but over the past two years, prices have continued to fall, while rents have continued to rise — sometimes painfully so,” Salmon writes, an especially interesting statement considering that, just last year, he was still a skeptic of buying a house.

Salmon also mentions an underlying fact of the chart. Homes for sale are traditionally larger and more valuable than homes for rent, so in other words, housing is really, really affordable in the present market. And thanks to those aforementioned interest rates and long-term financing, not only will mortgage payments be less than renting – homeowners could even buy a house and rent it for a profit, with how single-family rents continue to rise.

“Of course, not all markets work this way: around New York, there are lots of places where it’s still a lot cheaper to rent than to buy,” Salmon writes. “But if rental prices are a good gauge of the value of housing — and I think they are — then I think we might finally have reached the point at which most Americans are getting good value when they buy a house.”

One of those markets that hasn’t exactly conformed to the narrative, interestingly, is Houston, one of the nation’s healthiest real estate markets.

J.J. Molaison, the manager of Prudential Gary Greene, Realtors’ Inner Loop office, said though she has “definitely” seen homeownership grow more affordable in her area, particularly with the recent batch of luxury rentals that have hit the market, all of the city’s real estate is competitive right now, she added, and as a result, homeownership is not growing at the expense of renting.

Jeff Cox, one of the office’s agents, described a similar situation. With how strong Houston’s market is, Cox said certain markets, such as the Inner Loop where he works, have not seen the softer home values that have propelled affordability talks in other cities, such as Miami and Chicago. So while demand has risen for houses, and Cox has fielded multiple offers on some of his listings, demand for rentals has risen as well, and numerous clients have clamored for leases to some of the area’s most desirable apartment complexes.

“In Houston, both the rental and owning markets are strong,” Cox said. “And in that regard, we’re blessed.”