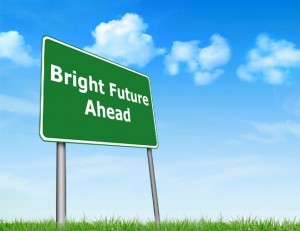 The latest quarterly report from Fannie Mae highlighted some of the bright prospects for the GSE, going forward into 2012.

Overall, the GSE reported a net income of $5.1 billion for 2012’s second quarter, up from $2.7 billion in the first quarter. More importantly, the firm’s comprehensive second quarter income – a hefty $5.4 billion – is enough to cover its $2.9 billion dividend to the Treasury; so for the second quarter in a row, Fannie did not need taxpayer funds!

Of course, the report featured many other goodies on the Fannie Mae news front, and since we’re so nice and charitable, we though we’d spotlight a few of them:

The Future of Fannie Mae

“We saw a confluence of positive factors in the second quarter, including improved home prices, improvement in REO sales execution, and a continued decline in our single-family serious delinquency rate” McFarland said.

What will be interesting, going forward, is what the government decides to do with Fannie. Earlier this year, the Treasury had set a deadline of Dec. 31, 2012 for drafting a plan on revamping the GSE system; if Fannie keeps doing this well, though, will those plans change?