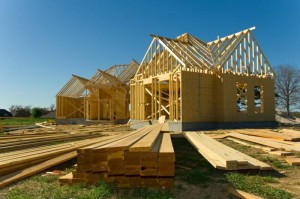 New single-family home sales increased 27.1 percent year-over-year in September, according to the latest joint report from the U.S. Census Bureau and the Department of Housing and Urban Development.

In addition, sales were up 5.7 percent from August to a seasonally-adjusted annual rate of 389,000.

In addition to its new single-family home sales figures, the Census Bureau also reported on:

The inventory of newly-built single-family homes was 145,000 at the end of September, which is a 4.5-months supply. Though that is the same supply the Census Bureau calculated for August, September’s number is a 2.8 percent increase.

Although this level of housing inventory is a bit below what is considered normal (a six-months supply is the general aim), it is still notably improved from what it was at the peak of the housing downturn. Indeed, in January 2009, new housing inventory peaked at an incredible 12.1-months supply, as the overbuilding of the housing boom years exceeded the market’s demand for new housing.

Now, however, with both investors and first-time homebuyers interested in new single-family homes, inventory has made some dramatic strides, and is one of the clearest signs going forward that housing has bottomed and will gradually recover.