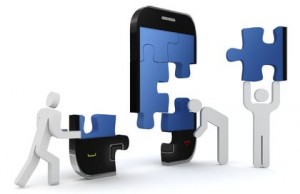 The Internet is an eternally popular source for consumers, but more and more are turning to mobile devices for their home searches, as our Google Real Estate series found.

The first two parts to our continuing series on “Google Real Estate” dealt with Internet search behaviors from consumers, and all the data we cited in those articles dealt with an increasingly antiquated assumption – that Web browsers cruise the information highway with a desktop computer or laptop.

Google’s joint study with the National Association of Realtors, which has formed the backbone of our Google Real Estate series, uncovered a number of interesting behaviors in how consumers approach mobile Web browsing:

To conclude: mobile use is becoming mainstream, mobile users namely investigate the main features of a property and they predominantly do so from the comforts of their own homes; so basically, all an agent has to do is get their listings on mobile sits and apps! But how can agents go about doing this?

Judy Kay, broker/owner with Rock Center Realty in Sugar Land, said that the HAR MLS automatically renders Realtor properties for mobile devices, though she has seen some agents going one step further in their mobile marketing efforts.

“Some agents are paying to have their names pop up on websites like Trulia, where they will be contacted if shoppers search in particular ZIP codes,” Kay said. “Other agents are partnering with other resources to develop/use new apps that will add more robust techniques to the home shopper and keep the partnering Realtor, instead of the listing Realtor, in the forefront. [Also], ;isting agents are using property telephone numbers that give home-specific information on their signs, or single property websites to give more immediate information to the mobile shopper driving by.”

Check out our earlier entries in the “Google real estate” series here, here and here.