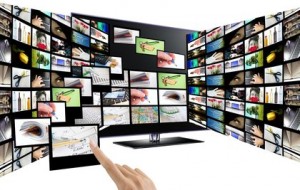 Internet video is one of the brightest stars today in real estate marketing, but why do home shoppers actually interact with Internet video?

The Internet is a broad, multifaceted medium, one with many uses; however, its most impressive feature, arguably, is that of Internet video, and the way that Web users can stream video free-of-charge to millions upon millions of consumers.

We’ve covered the topic of Internet video marketing rather exhaustively, but we previously left out one important ingredient – why Internet home shoppers actually flock to Internet video sites. Thankfully, though, the recent “Digital House Hunt” study by Google and NAR featured such data, and it’s the focus of our latest entry in the “Google Real Estate” series.

In their study, Google and NAR found that there were a number of reasons that Internet home shoppers utilized video when looking for properties:

Internet Video: Where the Home Shoppers Are

And Internet video, said Gary Bisha, the owner/broker of My Castle Realty in Houston, does go far beyond typical photographs in what it offers prospective homebuyers.

“What’s not to like about video tours?” Bisha said. “First we had slide shows, and as the saying goes, ‘a picture tells a thousand words.’ Now, with video tours, you get the whole story. Today’s savvy buyer craves more information, and video tours are a perfect tool for making their home search more efficient and enjoyable ”

Check out our earlier entries in the “Google real estate” series here, here, here and here.