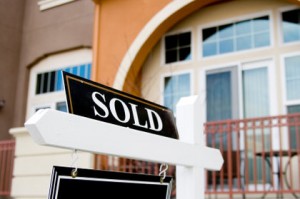 The latest Redfin Real-Time Seller Survey found that home sellers, despite greater confidence in housing, are still holding off on listing their homes.

Twenty-two percent of home sellers, Redfin found in the Real-Time Seller Survey, are confident with where the housing market is headed, up from just 15 percent three months ago; however, home sellers remain tepid about entering the housing market, and Redfin expects housing inventory to increase only modestly in the coming months.

The housing market, Redfin noted, has been growing more and more into a seller’s market, what with rising prices and falling housing inventory; but still, as the Real-Time Seller Survey demonstrated, those market conditions have not yet translated to more initiative from home sellers:

Where Have the Sellers Gone?

Redfin’s conclusions from the Real-Time Seller Survey were logical ones – in the end, market conditions will simply have to improve further to entice more home sellers to list their homes. And there are signs that such developments are right around the corner, as Redfin’s Tim Ellis wrote.

“Thankfully, all of the signals that began turning positive in the fourth quarter moved even more strongly in that direction this quarter,” Ellis wrote in the Real-Time Home Seller Survey. “As sellers continue to gain more certainty in the market, the prospects for improved inventory will only get better.”

Tom Huckabee, an agent with Keller Williams in Conroe, said that housing inventory is “really low” in his marketplace, and frankly, he has “no clue” when it’ll pick up, if only because the Conroe markets operates on such a peculiar wavelength when compared to the rest of Houston’s real estate market.

As a waterfront community, Huckabee said that Conroe was largely isolated from the huge price declines and preponderance of properties that plagued other metropolitan markets, and those characteristics can prove troublesome when one tries to pin the market down and predict where its heading.

But there is certainly demand in the Conroe market. Not only do properties sell within 10-15 days if they are priced correctly, but Huckabee said that recently, an REO property hit the market – and was promptly slammed by 33 cash offers.