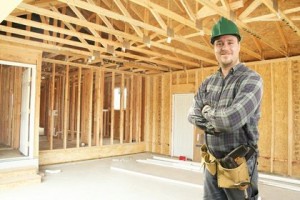 D.R. Horton, for instance, the nation’s largest homebuilder, reported net home orders that were 38.6 percent above the fourth quarter of 2011, with home cancellations down 15.4 percent, home deliveries up 25.8 percent, average sales price up 9.9 percent, and finally, an order backlog that was an incredible 61.5 percent above a year ago, with average sales prices for those units up 11.7 percent, according to numbers printed by Bill McBride on Calculated Risk.

Rosy Portraits for the Nation’s Homebuilders

Donald R. Horton, the homebuilder’s chairman of the board, had many good things to say.

“This quarter was our most profitable first quarter since 2007, with $107.9 million of pre-tax income, a 270 percent increase from the year-ago quarter,” Horton said. “We experienced broad improvement in demand in most of our markets this quarter, and we significantly increased our investments in homes under construction, finished lots, land and land development to capture this increasing demand. D.R. Horton is the best positioned it has been in its 35 year history. We are looking forward to the spring selling season with optimism.”

Of course, D.R. Horton was not the only national builder reporting spectacular numbers. Ryland Group, for instance, reported an 64.2 percent year-over-year increase in net orders for the fourth quarter, with closings up 51.7 percent, average closing price up 6.3 percent and cancellations down 16.4 percent.

Looking Forward to Housing in 2013

In a conference call discussing the company’s fourth quarter numbers, Ryland’s CEO, Larry Nicholson, said 2012 was the builders first profitable year since 2006, and that fact has them also anticipating a strong 2013.

“Our results for the fourth quarter represented a satisfying end to our first profitable year in six years,” Nicholson said. “We generated both our highest fourth quarter sales volume and biggest year-end backlog in five years [and] we improved our operating margins by almost 500 basis points in the quarter compared to last year … We are pleased with our results for this quarter and for 2012, but are more excited about our future; thanks to the strategic positioning of the company and our potential to generate better results should the housing market continue its upward trend.”

And finally, PulteGroup reported homebuilding revenues for the fourth quarter that were 23.6 percent above Q4 2011, with new home order up 27 percent, home sales up 27 percent, home closings up 20 percent and sales order backlog up 65 percent, with the value of those backlog orders up 82 percent. In Pulte’s corporate conference call, Richard J. Dugas, Pulte’s CEO, reiterated the theme of looking forward.

“Looking ahead to 2013, we have every reason to expect that housing has, indeed, turned the corner and that industry sales in 2013 can continue to move higher as pent-up demand is released,” Dugas said.