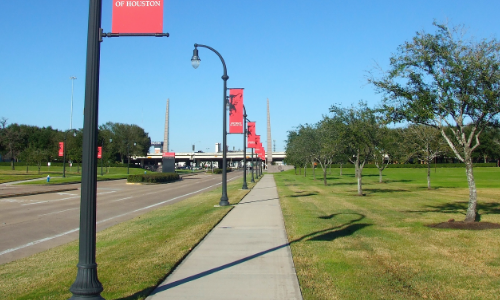 Houston’s Greater Third Ward is a neighborhood that’s gained considerable attention over the past several years, as demand for the near-Downtown neighborhood has helped boost local homeowner equity and encourage new development.

Senior friendly – As people age, what they look for in a neighborhood changes. They want easy access to hospitals and pharmacies; they want amenities to be accessible to people with disabilities; and they have higher expectations for street safety. The AARP’s Livability Index shows that Houston’s Greater Third Ward satisfies those needs, with convenient transportation options, great access to healthcare, and more than 75 percent of transportation stations and vehicles accessible to people with disabilities.

A great place to walk, or bike –  Fifty-six percent of Millennials and 46 percent of Baby Boomers prefer to live in walkable neighborhoods, a report from Strong Towns confirmed. It’s part of a healthy but convenient lifestyle that is quickly coming to define contemporary living. The Greater Third Ward has both a Walk Score and a Bike Score of 67, which makes it Houston’s 11th most walkable neighborhood.

Has a rich history –  Something that really sets the Greater Third Ward apart is its rich history. Houston’s six wards were initially created during the 19th century, both before and after the Civil War, when the city covered only a fraction of the area that it does today. They were all but erased, but the Greater Third Ward stood, eventually becoming home to artists and musicians, and serving as the central location for Houston’s fight for racial equality.

A real college neighborhood – Part of the Greater Third Ward’s rich history is Texas Southern University, which began as the Colored Junior College in 1927. Today it’s a 53-acre, four-year university, and is neighbored by the University of Houston – which has been gaining notoriety recently for how well the school’s football team has been playing. Both universities are well rated and attract thousands of students each year. And there is evidence to suggest homes located near a university are not only more valuable, but will see stronger appreciation over time.

Growth and improvement – A high rate of demolition in the Greater Third Ward has raised concerns over the past few years that the neighborhood’s character is being erased – which has prompted community groups to speak out and try to preserve the area’s history. However, while the community fights to save certain parts of the neighborhood, other parts are being lifted by renovations and development that don’t replace but rather revitalize – like the $33 million renovation of Emancipation Park. The area’s popularity has also helped increase local amenities, like schools. Just this month, Houston’s A+ Challenge charter school announced it had found a new location on Elgin Street in the Greater Third Ward.