5 surprising facts about the 2016 homebuyer 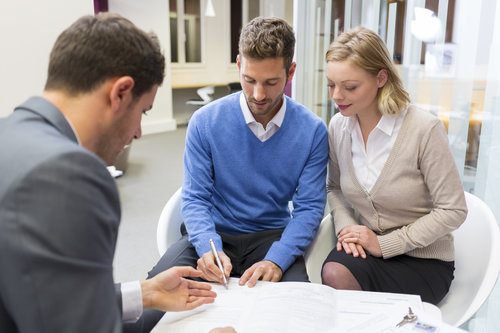 With the billing of “the largest and most comprehensive survey of real estate consumers ever conducted,” Zillow’s 2016 Consumer Housing Trends Report arrived this week with considerable build-up, and indeed, the report does feature many interesting looks at the U.S. housing market.

We’ll be covering the report in stages this week and next, so for now, we are spotlighting its five most surprising findings about buyers in 2016:

1. A Millennial-Dominated Group – Although certain aspects of today’s homebuyers are stubbornly consistent from past years (buyers remain overwhelmingly male and overwhelmingly white), one surprising and encouraging element is how young buyers are. Not only is the median age 36, but also, 42 percent of buyers are Millennials, and another 31 percent are Gen Xers.

2. It’s My First Time – For some time now, media outlets have been reporting on the relative absence of first-time homebuyers in the housing recovery, with data from the National Association of Realtors being the main source. Zillow, though, blasts that argument wide open – according to its survey, nearly half (47 percent) of 2016’s buyers are doing so for the first time; that is 16 whole percentage points above the most recent stat from NAR’s existing-home sales report.

3. Millennial Flexibility – The vast majority of homebuyers desire single-family homes, with 83 percent of those surveyed naming it their top choice. Among the generations, though, there is marked variety regarding the other housing types that buyers consider. Millennials, for instance, are the most flexible generation, with 23 percent looking at townhomes and 13 percent looking at duplex/triplex properties. And Silent Generation buyers are most receptive to yard-free condos/co-ops, with 23 percent opting for that arrangement.

4. For the Love of New – It’s hardly surprising that among consumers who desire newly built homes, such factors as energy efficiency and customization were among the top reasons for those buyers’ interest. What is surprising is the composition of those buyers. According to Zillow, 54 percent of Gen X buyers and 50 percent of Millennials considered purchasing new homes, compared to 38 percent of Baby Boomers

5. The Pull of Renting – Despite Millennials’ outsized share of the buyer pool, they are not wholly resistant to the appeals of renting; Zillow found that 64 percent of Millennial buyers at least considered renting, with 34 percent doing so seriously.