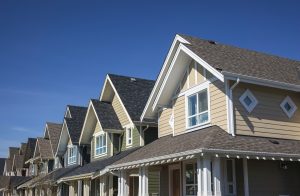 Thanks in part to some slight relief in housing inventory woes, March saw the strongest home sales of any month since the housing market collapse, according to the National Association of Realtors.

Total housing inventory in March was at 1.83 million available homes, a nearly 6 percent increase from the previous month. Inventory is still almost 7 percent lower than a year ago, and there have been 22 straight months of year-over-year declines in available homes. The slight uptick in March was enough to buoy sales, said Lawrence Yun, NAR chief economist.

“Although finding available properties to buy continues to be a strenuous task for many buyers, there was enough of a monthly increase in listings in March for sales to muster a strong gain,” Yun said. “Sales will go up as long as inventory does.”

Buying a home in March was more expensive than in years past. The median home price for all housing types in March was $236,400, up 6.8 percent from March 2016. It’s the 61st consecutive month of year-over-year gains, NAR said. Homes stayed on the market for significantly less time in March, when a home was available for an average of 34 days. That’s down from 45 days in February and 47 days in March 2016.

March’s sales activity shows there is strong demand for homes, and persistent inventory and pricing concerns are not keeping buyers from the market. Home sales could continue to rise, if only enough houses are available.

“Last month’s swift price gains and the remarkably short time a home was on the market are directly the result of the homebuilding industry’s struggle to meet the dire need for more new homes,” Yun said. “A growing pool of all types of buyers is competing for the lackluster amount of existing homes on the market. Until we see significant and sustained multi-month increases in housing starts, prices will continue to far outpace incomes and put pressure on those trying to buy.”

March’s strong sales totals were propelled by the Northeast market, which saw sales rise 10 percent. Home sales went up in every region except for the West, but it was a modest 1.6 percent decrease, according to NAR.