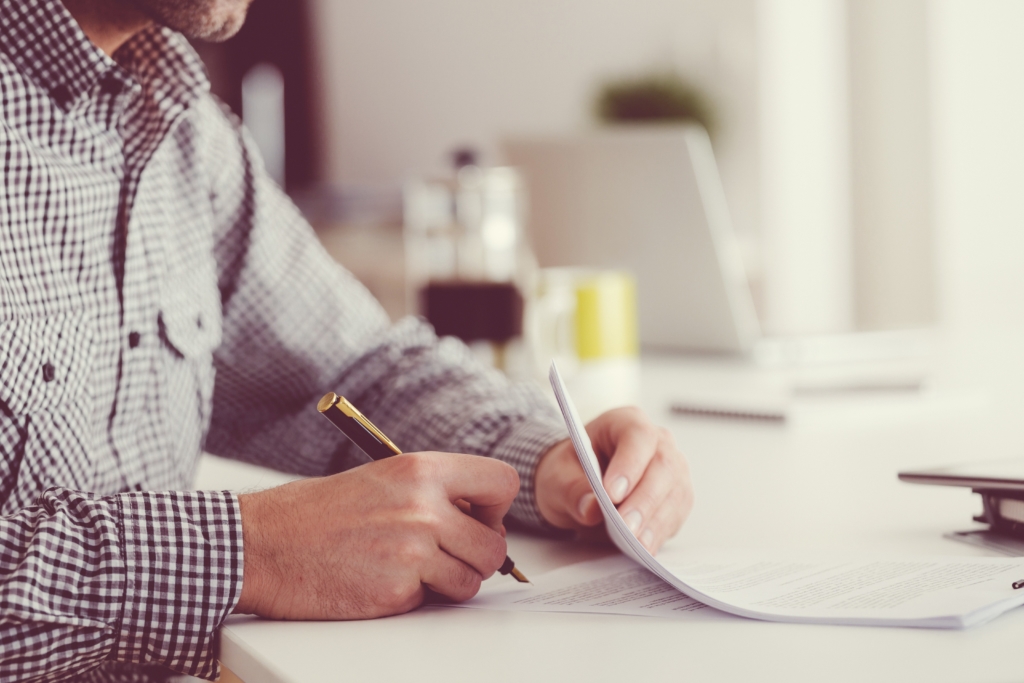 Nationwide, non-conventional forms of financing accounted for less than a third of the new single-family home market for the first time since 2008, according to the National Association of Home Builders’ analysis of the 2016 Census Bureau Survey of Construction data.

Non-conventional financing includes FHA loans, VA-backed loans, cash purchases and other financing options from organizations such as the Rural Housing Service and Habitat for Humanity, loans from individuals, and state or local government mortgage-backed bonds. 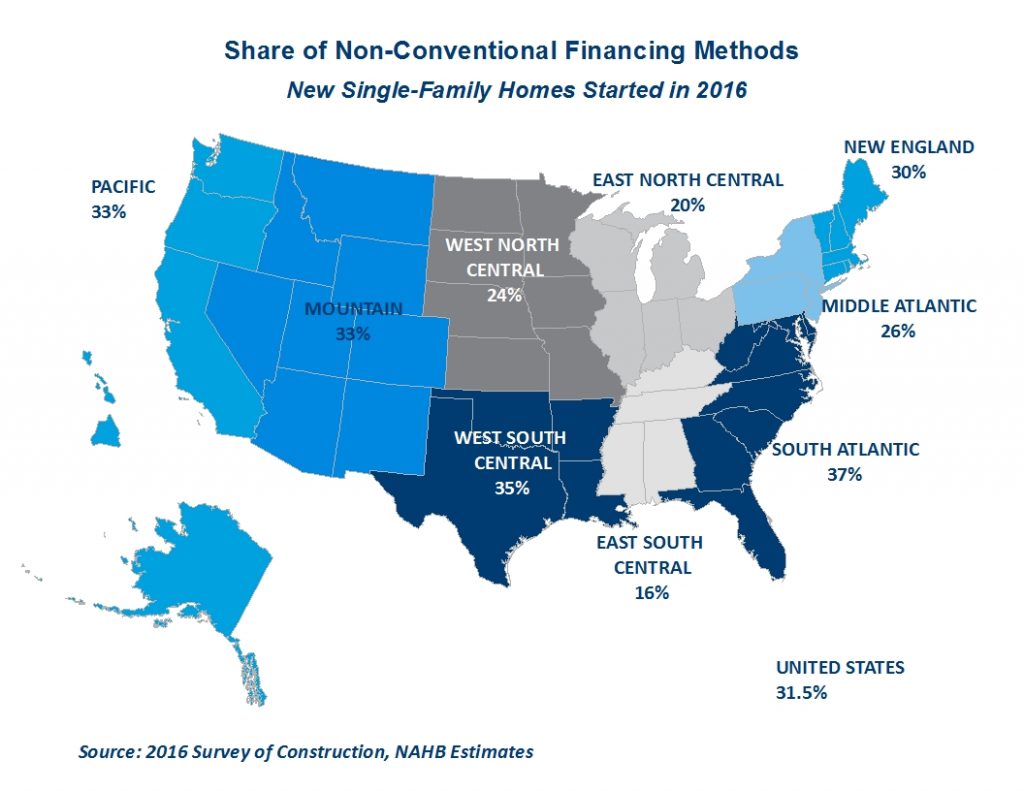 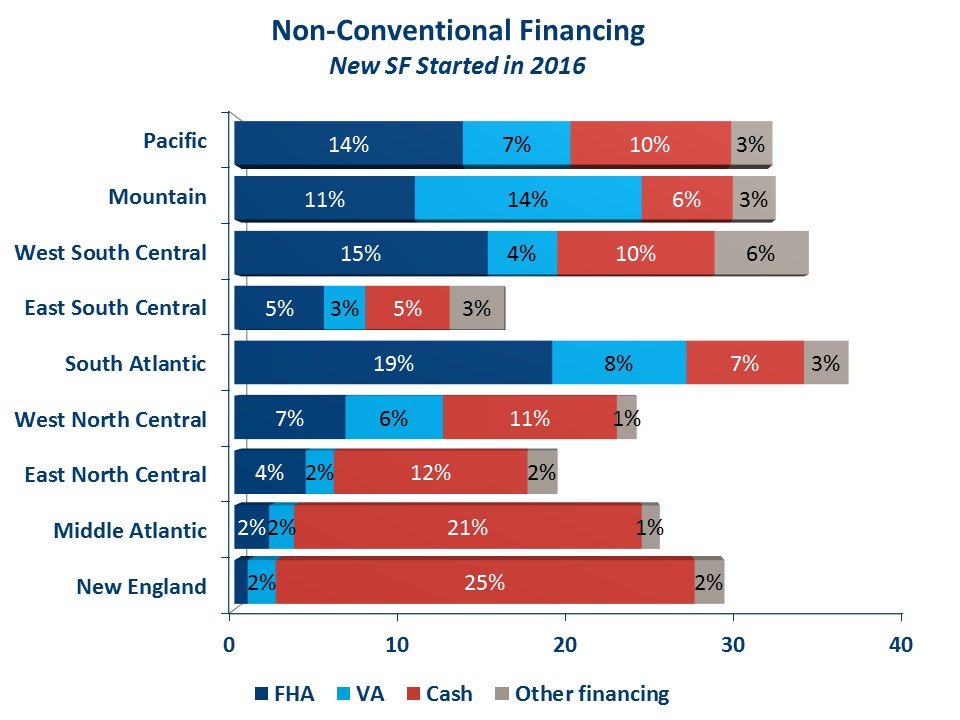 In 2016, the share of mortgages insured by the FHA was 13 percent, while VA-backed loans made up 7 percent of the market. Cash purchases declined in 2016 to 9 percent.

However, cash purchases made up a quarter of all New England non-conventional financing options and 21 percent in the Middle Atlantic region. NAHB believes the high number of cash financing in these areas is due to the popularity of custom homebuilding as these regions were the top markets for custom home shares. In 2016, a third of custom homes built by owner were financed with cash.