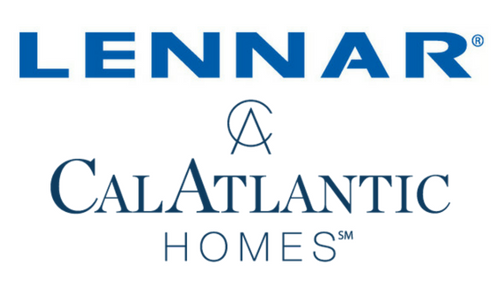 With this deal, the companies said it would hold a top-three position in 24 of the 30 largest U.S. metropolitan statistical areas and have nearly a quarter-million building plots in 21 states, a market value of around $18 billion and a combined revenue of $17 billion over the past 12 months.

“The combined company will have a strong balance sheet and generate significant cash flow available to pay down debt and repurchase shares,” Lennar CEO Stuart Miller said in a statement.

According to The Wall Street Journal, Lennar executives said in a conference that the deal makes sense because the two companies were already competing in many of the same markets. With more scale, they said they can lower costs by negotiating better deals with construction crews and suppliers. The deal is expected to generate roughly $250 million in annual cost savings, including an estimated $75 million in 2018, the companies predicted. The savings include reduced overhead costs and elimination of duplicative corporate expenses.

“It should be no surprise that the more you buy, the less you pay,” said Lennar President Rick Beckwitt in the call. “This is not something that we don’t know the answer to. This is something where there’s clear evidence in the existing purchasing.”

CalAtlantic was formed in 2015 after the merger between two other homebuilders — Standard Pacific Corp. and Ryland Group Inc. — while Lennar finalized a purchase of luxury homebuilder WCI Communities in February 2017 for $643 million.

Shareholders at CalAtlantic will receive Lennar stock unless they exercise an option to receive cash amounting to $48.26 per share, subject to a maximum amount of approximately $1.2 billion.

CalAtlantic investors would own approximately 26 percent of the combined entity upon the deal’s expected closing in the first calendar quarter of 2018, the companies said.

The deal is subject to approval by shareholders of both companies.